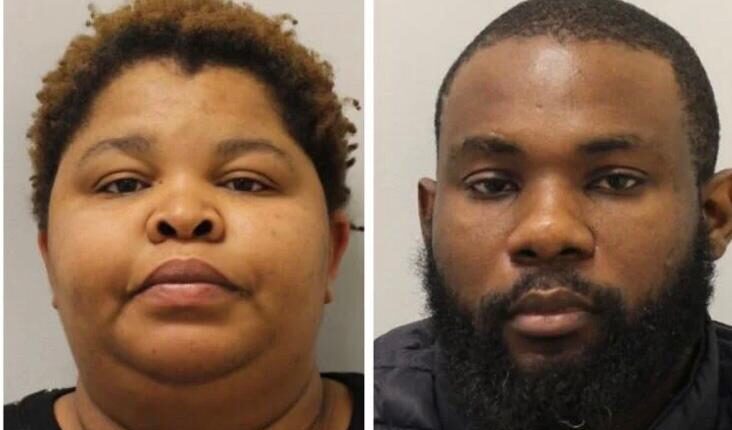 The duo was said to have used identities of ten innocent people to fraudulently obtain £489,000 (about N260m) from the fund’s scheme created to support businesses struggling due to effect of the pandemic.

The first convict, Olasemo, 39, who appeared before the court yesterday was sentenced to three years and two months imprisonment for conspiracy to commit fraud by false representation.

The co-defendant, Akinneye, 33,  was also sentenced to a total of five years and six months imprisonment for conspiracy to launder money and conspiracy to commit fraud.

In a statement published on Wednesday by the Metropolitan police, Olasemo and Akinneye were said to have connived to benefit from illegal loan applications worth £489,000, and had received over £250,000 at the time of their arrest.

“Akinneye was the first out of the two to be identified during ongoing enquiries into organised criminality by officers of the Met’s North West London Economic Crime Unit. Olasemo was identified from evidence seized during Akinneye’s arrest,” the statement reads.

“The investigating officers identified that £489,000 worth of fraudulent loan applications were made using ten identities. Of this, £297,000 worth of loans were successfully obtained by the pair and dissipated. The remaining amount was successfully stopped by the banks.

“It was discovered that Olasemo had obtained and used the personal details of eight individuals in order to fraudulently apply for the loans. She had stolen these identities after accessing employee records containing personal information during her employment.

“The fraudulently obtained monies was paid into the business bank account before being dispersed into mule accounts and later withdrawn from cash machines. Throughout this process, Olasemo sought advice from an accomplice named Olufumi David Akinneye.

“Akinneye provided Olasemo with guidance in relation to laundering the proceeds of the frauds and safe addresses to use as correspondence for accounts. He also acted as a middle-man between people who were willing to sell on their bank accounts for use in fraud and other fraudsters who needed mule accounts to receive money obtained from diversion frauds.”

Speaking on the conviction, Chris Collins of the Metropolitan’s northwest economic crime unit, said: “today’s result serves as evidence of the zero-tolerance approach the MPS takes to individuals found guilty of fraud.”

“We will continue to crack down on individuals who are found to be exploiting government schemes for their own monetary gain,” he added.