Two students die, others suffocate inside school bus in Lagos 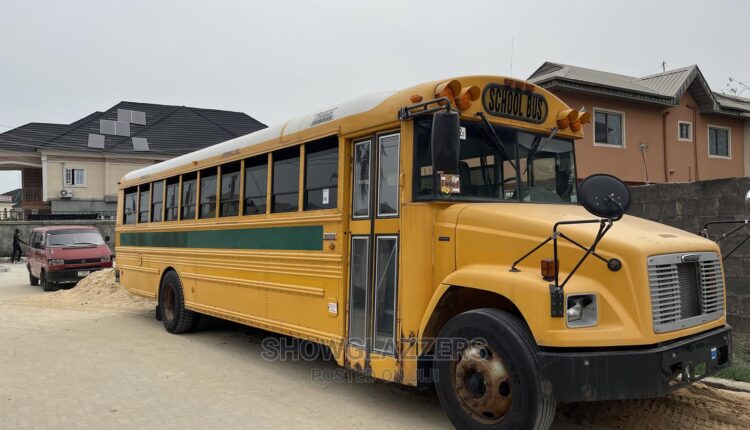 No fewer than two students of a Lagos-based school have been confirmed dead by medical experts and scores of others were reported to have passed out after suffocating in their school bus around Aguda axis of Surulere Local Government of the state.

As gathered, some of the Lagos-based school pupils were still hospitalized at Lagos State Teaching Hospital (LUTH) in Idi-Araba while some others were said to be on admission at Randle hospital in Surulere.

The driver of the school bus, identified as Odunsa Mandala, meanwhile, has been arrested by the Lagos Police Command for interrogation after the incident occurred.

Sources said that the driver was returning the pupils back to their parents homes after the close of school when the incident occurred in Surulere axis of the state.

It was learnt that the pupils repeatedly complained to him about how uncomfortable they felt on the bus but he allegedly ignored their complaints, considering them as not too important.

When he saw the state they were in, it was gathered that he raised an alarm and the pupils were rushed to the hospitals for care but at this time, the tragedy had occurred.

Confirming the tragedy on Saturday, the Command spokesperson, Benjamin Hundeyin, said that the incident occurred yesterday and that the driver has been arrested and was currently being interrogated, to ascertain what transpired before the incident.

In a statement released through his social media handle, he said: “Yes, the driver has been arrested but the young souls are already gone, sadly so. A school bus driver ignored repeated complaints from the kids he was taking home that they were not feeling well. Some of the kids went unconscious, and two eventually died.

“Schools need to up their game in recruitment and pay more attention to job fit. Parents too need to do thorough background checks of schools and crèches before entrusting their kids into their care'< it added.

The police spokesperson, meanwhile, disclosed that the relevant regulatory agencies in Lagos have been notified of this act of gross negligence. Security is everyone’s business.”

Rising Insecurity, a threat to our diversity – Abiru

One motorcyclist dies during Police, Okada riders face-off in Lagos