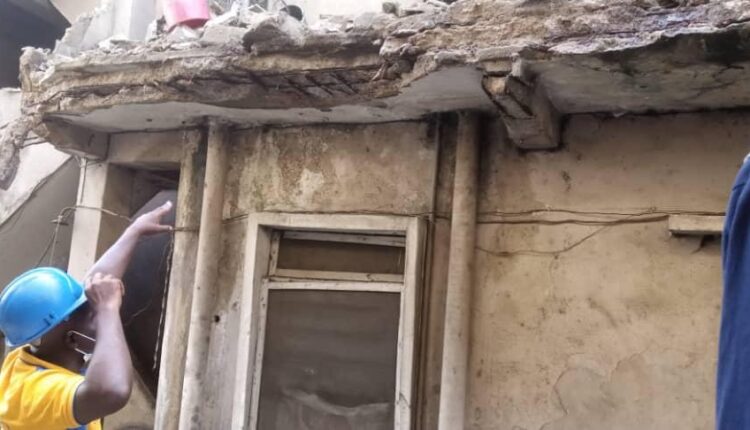 The Lagos State Emergency Management Agency (LASEMA) has confirmed that a Two-storey building in Oke-Arin, Lagos Island axis of the state has collapsed.

Confirming the incident on Wednesday, LASEMA spokesperson, Nosa Okunbor, said that the affected two-storey building was undergoing controlled demolition when the incident happened.

He attributed the building collapse to poor weather, adding that only a portion of the structure collapse unexpectedly.

“It has been confirmed that there are no fatalities or casualties and that the affected building is already under the oversight of LABSCA,” he said in a terse statement made available to The Guild.

Lagos Govt. to pull down structures under high-tension cables, others