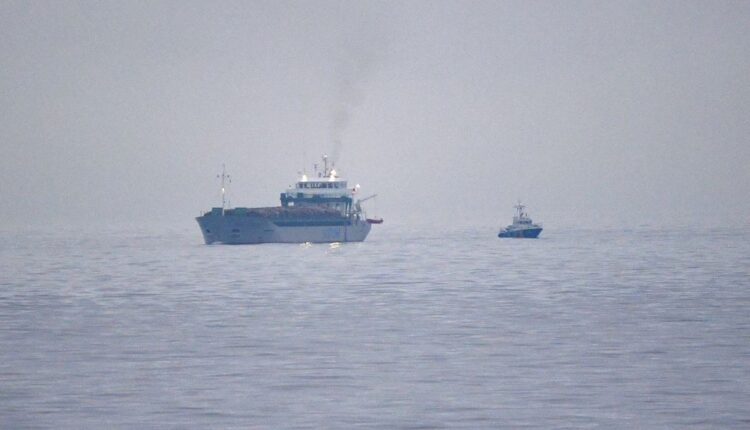 Two cargo ships collided a during foggy conditions in the Baltic Sea between the Danish island of Bornholm and the southern Swedish city of Ystad, and a rescue operation has been launched for two missing people.

The 55-metre Karin Hoej, registered in Denmark, was said to have had two persons on board before capsizing upside down while the other ship, the 90-metre, British-registered Scot Carrier, was said to be functional and its crew were safe.

The accident was said to have happened in Swedish territorial waters and the two ships were sailing in the same direction when they came into contact during a fog in the area at the time of the accident, around 3.30 a.m.

Confirming the incident on Monday, the Swedish Maritime Administration, SMA, stated that the rescue operation near the site, which was riddled with wreckage, was ongoing more than five hours after the incident.

“Swedish divers were standing by on land to investigate the hull. It had two people on board and they were missing”

In the same vein, the managing director of the shipping company Rederiet Hoj, Soren Hoj confirmed that there was an accident.

“I can confirm an accident has happened but I do not know the circumstances. The vessel, which was not loaded, was sailing from Sodertalje in Sweden to Nykobing Falster in southern Denmark with two people on board, he said.

A rescue operation was said to be ongoing as Denmark was helping Swedish authorities with the rescue, in which a total of nine vessels and a Danish helicopter were participating to rescue the victims.