US issues arrest warrant for Kyari, others link to…

JAMB Registrar: The secret of his template 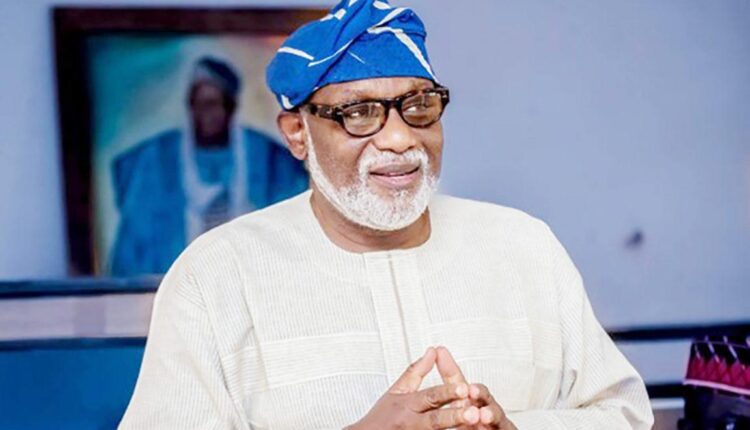 The Ondo State Governor, Rotimi Akeredolu, has faulted the decision by the Chief of Defence Staff (CDS), General Lucky Irabor, to announce arrests of the attackers of St Francis Catholic Church in Owo, describing the action as too hasty and could affect ongoing joint efforts to completely apprehend everyone involved in the act.

Akeredolu said that the plan earlier agreed upon between all security agencies including the Directorate of State Security (DSS) and Western Nigeria Security Network (WNSN) codenamed Operation Amotekun, was that no one would reveal any information on it until all those involved in the attack had been apprehended.

The governor noted that he was surprised that the CDS had gone to release the information when the last brief he received from the DSS was that there were about one or two people still on the run and were about to be apprehended.

According to him, I know that the DSS boss will not be happy with the CDS action. I know one thing for sure the CDS did not get the support of the DSS boss because the arrests were not made during a single operation, these suspects were nabbed separately.

While expressing his displeasure on Wednesday over Irabor’s action on the Owo attack during an interview on a popular political programme aired on Lagos-based television, he noted that some of the suspects were arrested outside the state where they had fled including Kogi state.

The governor disclosed that the Ondo resident that provided the accommodation for the attackers, who came from Okenne in Kogi state, was arrested about two weeks ago.

“I had an agreement with the DSS and others that we should keep the arrest until the job is completed. And that was why I did not announce it before the CDS. Even after the arrest of the five suspects, we decided that the announcement was not ripe.

“And this is because we still have two people to arrest and that was why we kept silent on the achievements. The DSS officials were still trailing the suspects when the CDS announced it to the public”.

Meanwhile, the governor has defended the same faith presidential ticket of the ruling All Progressives Congress (APC), insisting that competence matters the most.

The governor spoke on the heels of criticisms that greeted the APC presidential ticket of Bola Tinubu and Kashim Shettima, both of the Muslim faith.

The Ondo governor maintained that other issues, not religion, should be on the front burner in the lead-up to the presidential election next year in the country.

“If you had listened to my lecture today, I was very clear. I said that religion is not the issue now. We have other issues that should be on the front burner today -restructuring; rotational presidency,” Akeredolu said on Wednesday.

“When you talk about religion, I am saying religion should have no part to play. Competence, knowledge, and your track record should come to play in this instance,” he added.

According to him, his stance is not influenced by the fact that Tinubu will be on the ballot next year. Rather, he pinned it on power rotation to southern Nigeria.

He maintained that the country’s power-sharing deal better known as zoning should be respected.

As far as he is concerned, “since 1999, there is an understanding that we move from north to south, rotate the presidency, and that if today, we have people who want to deploy what I will call manipulation of our people on the religious basis to think you can change it, then we should not accept it”.