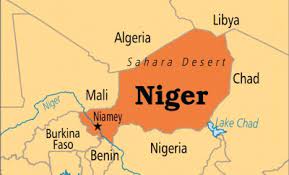 No fewer than two people have been confirmed dead, while two others have sustained varying degrees of injuries during the dismantling of a uranium mine which collapsed at a French nuclear group Orano’s COMINAK in Niger.

The cause of the collapse was said to not have been yet identified as investigations were on going to know the cause and circumstances surrounding the collapse of the mine.

Confirming the incident through a statement released Yesterday, the company COMINAK,  stated that the cause of the collapse was not clear at the moment but it occurred during “dismantling” of the mine, which officially stopped producing in 2021 after nearly 50 years because of depleted reserves.

COMINAK described the accident as unfortunate because it was never thought that it would happen, adding that all activities on the mine site would be suspended til further notice so that proper investigations would be carried out to unravel the actual cause of the collapse.

“All site activities have been suspended until further notice and an investigation is underway to determine the circumstances of the accident,” they said.