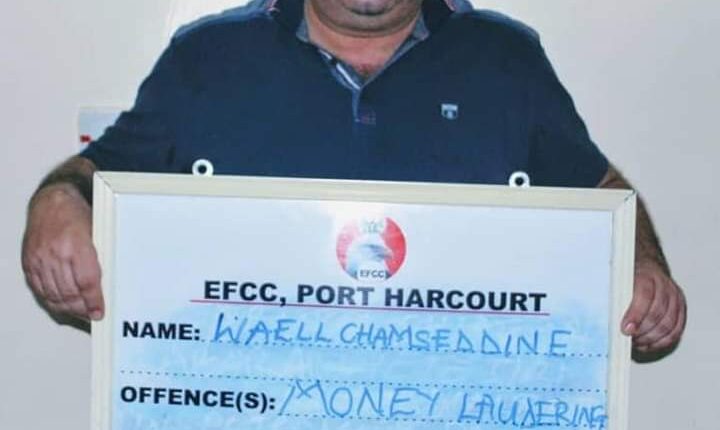 A Federal High Court sitting in Port Harcourt, Rivers State has sentenced two Lebanese to two years imprisonment for illegally possessing $890,000 cash and aimed to leave the country’s border with it.

The court also ruled that the two convicts, Chamseddine Waell Mohammed and Dina Jihad Khali, would forfeit the funds for not declaring it to law enforcement officials before exiting the country’s border.

A breakdown of the funds showed that Khali was arrested with $670,000 while Mohammed was apprehended $220,000 by the law enforcement officers at the airport.

In the ruling delivered by Justice M.I. Sani on Thursday, the court stated that the actions of the foreigners run contrary to Section 2 (3) of the Money Laundering (Prohibition) Act 2011 (as amended) and punishable under Section 2 (5) of the same Act in Nigeria

Before the judge gave Mohammed and Khali an option of N1 million fine for their actions, the counsel to Economic and Financial Crimes Commission, EFCC, prayed the court to convict the defendants as charged.

During court proceedings, EFCC’s Principal Detective Superintendent, Macaulay Olayinka, told the court that, the two convicts were arrested for attempting to smuggle a total sum of $890,000 out of Nigeria, through the Port Harcourt International Airport, Omagwa. 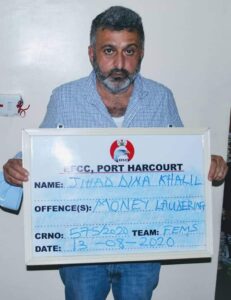 “The said amount was found inside their Luggage onboard a chartered flight with registration number 9HVFF to Lebanon. They were apprehended by the Nigeria Customs Service, Area One Command, Port Harcourt, and handed over to the Port Harcourt Zonal office of the EFCC on August 12, 2020 for further investigation.

Olayinka further disclosed that the money recovered from the suspects had been deposited with the Central Bank of Nigeria (CBN), Rivers State Branch, for safekeeping by the arresting agency.

However, counsel to the defendants, Paul Ejiga, urged the court to temper justice with mercy as the defendants were first time offenders who have no previous criminal record.