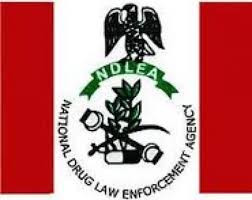 Elegbeji was arrested at his house in Idi Araba axis for importing a 40ft container TRHU7874497 containing 33 parcels of cannabis indica weighing16.5kg.

Similarly, Oyebola was said to have been arrested for being linked to the importation of a 40ft container MEDU4389887 containing four vehicles used to conceal 290 parcels weighing 145kg cannabis indica from Montreal, Canada.

As disclosed through a statement released by the agency’s Director of Media and Advocacy Femi Babafemi, on Sunday, in Abuja, Oyebola had been on the run since March and had in the course of the investigation attempted to bribe officers with N10million to influence the case.

Babafemi stated that the same day, a Dubai, UAE-bound passenger, Alegbeleye Taiwo was arrested at the departure hall of the MMIA with 40 ampoules of pentazocine injection. The 21-year-old suspect claims he’s from Osun state.

According to the statement: “Closely related is the seizure of another consignment of 2kg Mkpuru Mmiri at a courier house in Owerri, Imo state.

The cargo seized on Wednesday 22nd June had ankara and lace fabrics in which two cylindrical cellophanes containing the drug heading to Hong Kong were concealed.

“Also at the Lagos airport, NDLEA operatives on Friday 24th June intercepted 500,000 tablets of Tramadol 225mg packed in 10 cartons and labelled Tramaking imported from Karachi, Pakistan on Emirates Airline. The consignment weighing 407.60kg was seized during a joint examination with Customs and NAFDAC officials.”

On his part, the Chief Executive of NDLEA, Mohamed Marwa commended the officers and men of the MMIA, Lagos, Imo state Commands of the Agency for the drug seizures and arrests especially of those who thought they could evade the long arm of the law.

He further encouraged them and their compatriots across other formations to intensify their efforts towards achieving set goals.