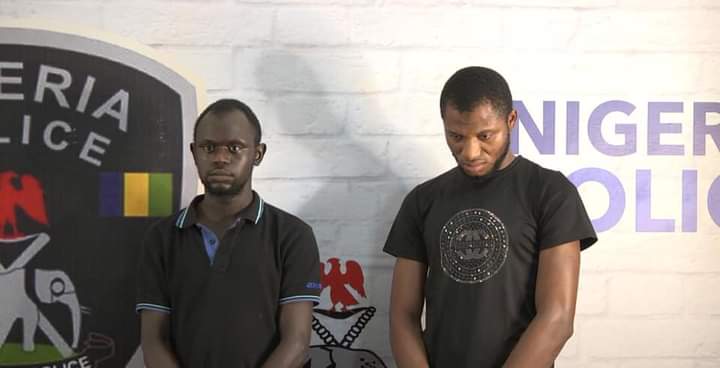 Two indigenes of Kano State have been placed under detention by the Nigerian Police for allegedly engaging in transborder under-aged pornography, luring children to engage in sexual acts in the country.

As gathered, the two suspects, Ibrahim Aminu and Mohammad Umar, who were members of a syndicate that sexually abuse underage girls, record their actions and upload the video recordings to an international social media for further dissemination.

It was learnt that the suspects, using their WhatsApp application, upload the video on to a group chat known as “Pervertidos”, owned and managed by a Brazilian identified as Adriana.

Announcing their arrest, the Inspector-General of Police (IGP), Muhammad Adamu, said the two Kano-based suspects were apprehended following intelligence received from the INTERPOL NCB, Brasilia, identifying the suspects as an accomplice of the international illicit act.

Adamu, in a statement released by the Force Public Relations Officer (FPRO) Frank Mba, on Sunday, disclosed that exhibits recovered from the suspects include: three mobile phones and a Laptop computer, used to edit and other activities.

“Forensic investigations and analysis carried out by the Police team on the gadgets revealed the series of pornographic/erotic videos with underage girls which the suspects shared on the internet for a fee in US Dollars denomination.

The police boss stressed that the feat was achieved through the action plan being implemented by the Force to curb sexual and gender violence across the country.