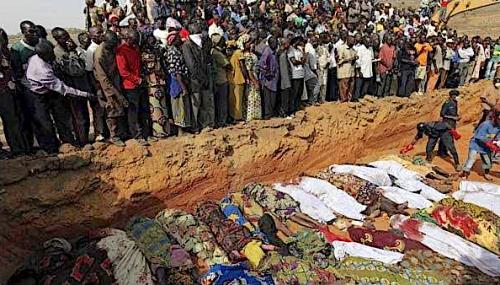 Efforts by Kaduna State Government to end crisis rocking Southern part of the state has yielded fruits with two of the warring communities signing a peace agreement to end the wanton destruction of lives and property that continued.

The two communities that signed peace agreement were Dangoma and Takau in Kannikon and Zipak chiefdoms in Jema’a Local Government Area and the agreement was meant to ensure lasting peace in the region.

At the signing ceremony held yesterday in Kafanchan, chairman of the local government, Peter Averik, said that the peace deal was brokered following series of dialogue between the two communities.

Averik, who described the peace pact as a milestone, stated that the move would possibly aid other communities to embrace the modalities and sign peace agreement that would end the crisis that had rocked the state.

The council chairman noted that the peace pact was informed by a recent attack on Zikpak community which left dozens of people dead with several houses and property razed in the community.

The chairman hinted that the pact signed by both communities entails that they would always resort to all available lawful means of settling disputes whenever they wrong each other.

“They have agreed that all issues be resolved through the appropriate channels. They have also pledged to be their brother’s keeper and protect each other’s property in the event of any eventuality or unforeseen circumstances,” he added.

In his remarks, the youth leader of Dangoma, Isiyaku Zaman, who signed on behalf of his community, expressed hope that the peace pact would put an end to the mindless bloodletting in the region.

According to him, all trouble makers in our community that aim to violate the pact will be fished out and made to face the full wrath of the law of the country.

A youth leader in Takau, who also address the congregation at the ceremony, emphasised on the importance of peace and it was more beneficial than violence which cost was always unbearable and further drawback meaningful development.

While appealing to that the youths abide by to the peace accord, the youth leader argued that time had come for both sides to give peace a chance, just as he commended the council chairman for his efforts at exploring ways of achieving and sustaining peaceful co-existence in Jema’a Local Government and its environs.