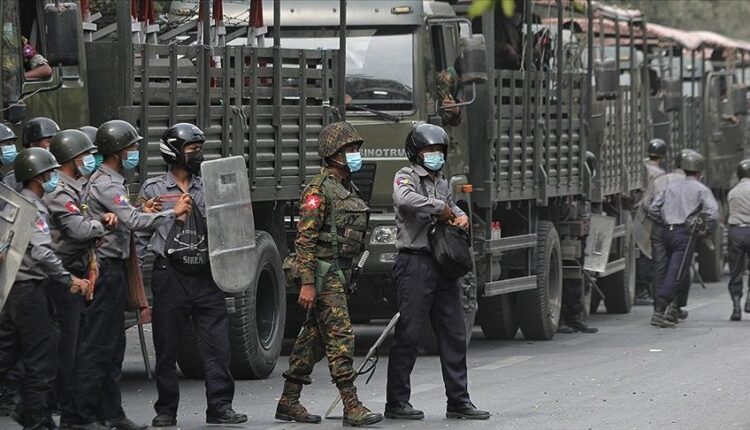 Two journalists have been arrested and detained by Myanmar’s military government, the latest in a sweeping crackdown on the media since a Feb. 1 coup.

Sithu Aung Myint, a columnist for news site Frontier Myanmar and a commentator with Voice of America radio, and Htet Htet Khine, a freelance who has worked for the British Broadcasting Corporation (BBC) Burmese service, were currently under detention.

As gathered on Saturday, the two additional local journalists were picked secretly and detained by the country’s law enforcement agency without formal arrest warrants.

Sithu Aung Myint was charged with sedition and spreading false information in social media posts that Myawaddy said were critical of the junta and urged people to join strikes and back outlawed opposition movements.

Htet Htet Khine, on the other hand, was accused of harbouring Sithu Aung Myint, a wanted criminal suspect, and for working for and supporting a shadow National Unity Government.

Reporters Without Borders (RSF) told newsmen during an interview, that the pair were being held “incommunicado”, just as he described their detention as unlawful.

“We strongly condemn the arbitrary conditions of their detention, which reflect the brutality with which the military junta treats journalists,” the head of RSF’s Asia-Pacific desk, Daniel Bastard.

Myanmar remains fraught with instability and opposition to army rule, under which more than 1,000 people have been killed, according to an activist group that has tracked killings by security forces. read more

The military, which has revoked the licenses of many news outlets, says it respects the role of media but will not tolerate the reporting of news it believes to be false or likely to create public unrest.

Human Rights Watch said the army government, which has arrested 98 journalists since the coup, stop prosecuting media staff. Of those arrested, 46 remained in custody as of the end of July.

Nigeria: Citizen’s quest, the emergence and the polity