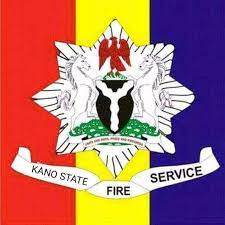 Two members of a family have been confirmed dead and two others sustaining different degrees of burns when fire gutted their house along Zoo Road in Sheka Municipal, Kano State.

The victims rescued from the disaster were 4years old Fatima Salisu, and 45years old Salisu Sani, while the deceased were 19years old, Maryam Sani, an in-law and 28years old Nafisa Abdulkarim, wife Salisu.

It was learnt that the tragedy occurred at about 10.10 p.m after fire gutted the structure housing the family on Zoo Road, Opposite Kano Zoological Garden, in Sheka Municipal.

On Saturday, while confirming the disaster in a statement made available to newsmen, Kano State Fire Service spokesman, Saminu Abdullahi, stated that the incident occurred yesterday evening.

“We received a distress call from Sabo Wada at about 10.10 p.m that fire has gutted a dwelling house in his area and three persons were trapped including a four-year-old girl. On receiving the information, we quickly sent out our rescue team to the scene at about 10.15 p.m.

“Two out of the victims were rescued unconscious and conveyed to Malam Aminu Kano Teaching Hospital where the doctor on duty confirmed them dead. The bodies were handed over to Divisional Police Officer (DPO) of Sheka Police Division, Awaisu Suleiman,” he added.