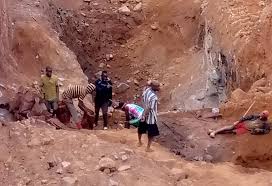 The Liberian Government has disclosed that two miners have been confirmed dead, while scores lay injured, in a mine collapse incident which occurred during early hours of the day in the country

It said that there was a possibility that the number of casualties due to the accident could, in fact, be higher, but that only two deaths had so far been confirmed.

The Liberian Assistant Minister of Mines, Emmanuel Swen, while speaking to newsmen in the nation on Tuesday, revealed that the collapse had taken place at the nation’s mining hub, Grand Cape Mount County and that scores of miners had been injured in the accident.

According to Swen, information was being gathered on the incident to determine the true extent of damage and casualties which had taken place.

The Mayor in charge of Grand Cape Mount County, Edwin Koha, also confirmed that the mine collapse accident had claimed two lives while injuring several.

Koha added that at least 50 persons had been declared missing following the incident and expressed anxiety at the possibility that more casualties would be recorded to the accident.