By NewsDesk with Agency report 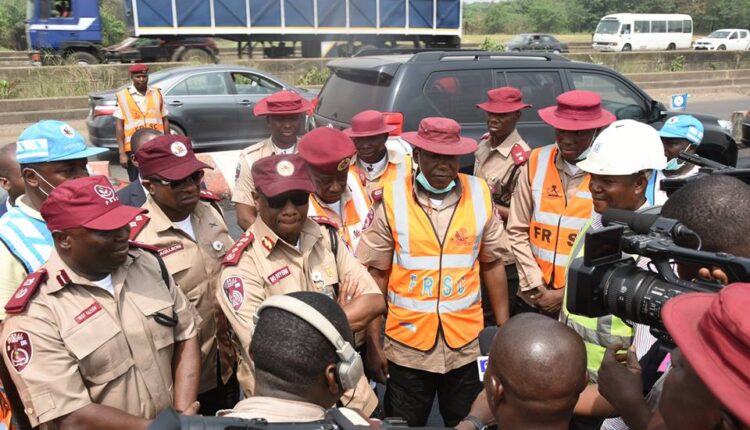 No fewer than two persons were confirmed dead after a road accident involving a bus and a motorcycle at New Jerusalem along Nanka-oko Road in Orumba North area of  Anambra State.

As gathered, the victims breathed their last during the accident which occurred around 8:40 p.m, on Saturday Night.

The FRSC boss said that four people, all male, were involved in the accident, but two died.

“The crash involved a Mitsubishi L300 bus with enlistment number FGG212XV and a Honda C75 Motorcycle with registration number AKL843QH.

“The bus driver and the rider of the motorcycle were reportedly on top speed and had a head-on-collusion as they tried to avoid potholes.

“The two victims on the motorcycle were rushed to St. Joseph Hospital, Nanka by FRSC rescue team from Nanka Outpost. They were confirmed dead by doctors at the hospital, ” he said.

Kumapayi said that the incident had been referred to the Nigeria Police Force for further investigation.

While condoling with the families of the dead, he warned motorists against overspeeding, especially within built-up areas.

” Drivers should drive within stipulated speed limits, ensure maximum concentration, and must tolerate other road users. Most
road accidents are avoidable, ” he said.