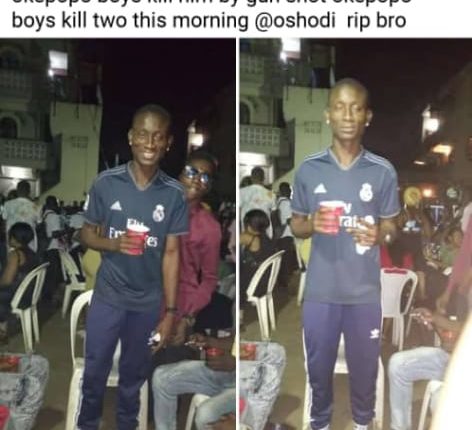 The fight, which has continued unabated and crippling commercial activities, has claimed no fewer than two persons and left several others with different degrees of injuries. One of the two killed during the fight was identified as Abdulahi popularly called Bobo.

Baruwa, however, went ahead with the plans. And since then, peace and harmony, it was learned, ceased to exist among members and crisis started.

Theguildng learned that the actions that led to face-off in Lagos-Island Local Government were completely similar to what led to fighting between members in Ijesha where transport union activities were currently suspended by the Council.

Pained by the decision, factions loyal to Kunle Poly reacted and demanded that NURTW guidelines must be adhered to but those instructed by MC Oluomo kicked against it, demanding that the State Chairman decision must stand.

The argument that started last year degenerated this year and both factions attacked each other, forcing traders to abandon their businesses to scamper for safety.

After many appeals from residents, MC Oluomo, yesterday invited all factions including Kunle Poly, for a peace meeting at the Secretariat, and instructed all factions to sheathe their sword.

A few minutes after the meeting, officers from State Security Service, self-styled as Department of State Services (DSS) stormed the premises, arrested Kunle Poly and 10 others, for disrupting peace in Lagos-Island and murder of two persons.

The beef between MC Oluomo and Kunle Poly started in 2018 over who replaces immediate past chairman, Tajudeen Agbede before the former was announced and installed as chairman two months ago.

Before MC Oluomo’s announcement as Agbede successor, the battle for the seat was fierce that All Progressives Congress (APC) inaugural 2019 gubernatorial election campaign ground was converted to battleground where each candidate displayed their will to outsmart the other. And since then, both men have operated on opposite sides.

Following the violent, NURTW national leadership suspended Kunle Poly, who was alleged to have attacked MC Oluomo, before inaugurating a committee that will investigate the immediate and remote causes of disruption at the rally in Lagos.