Just in: Lagos Govt. shuts down Ojodu Grammar school over… 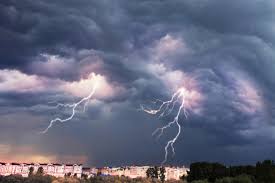 No fewer than two have been confirmed dead while 1000 homes were left in total blackout after a storm across Island of Corsica in France.

Aside the death toll and destruction, 12 people were said to have been injured when strong winds and hail hit the French island.

The prefect’s office on Thursday said that a 13 years old girl and a 72-year old woman were killed and that 12 people were injured during the storm.

Meanwhile, the grid operator Enedis said that about 1,000 households were without electricity after the storm destroyed some infrastructure in the southern Loire and Ain departments.

A spokesman for the prefecture said that Corsica, a major tourist destination, became the centre of a low-pressure area marked by intense storms with hail, heavy rain and winds of more than 220 km per hour (136 mph).

As gathered, some parts of of France were said to have had more rain in just a few hours than in all of the recent months, with major flooding a result after weeks or heatwaves and drought degraded the soil’s capacity to absorb water.

On Wednesday evening in Marseille, streets were flooded and streams of water ran down steps in the port city, videos shared on social media showed.

Further north in France, drought has left the river Loire, famous for the castles along its banks, so shallow that even its flat-bottom tourist barges can barely navigate it.