By NewsDesk, with Agency Report 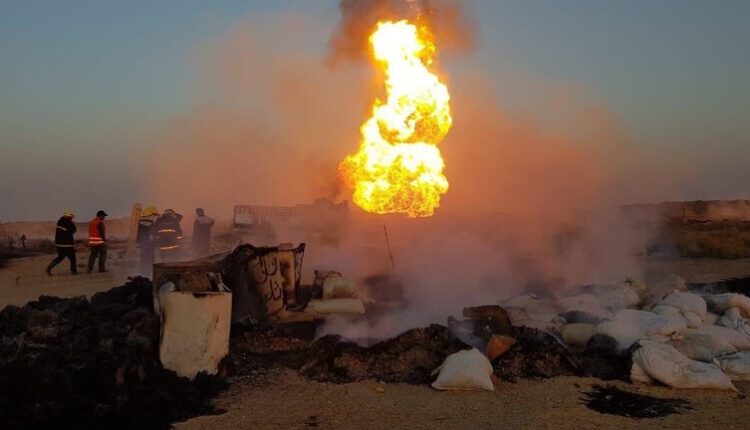 No fewer than three people, including two children,  have been confirmed dead after a gas pipeline  in Samawa city of Southern part of Iraq exploded on Saturday, leaving 51 others with degrees of injuries, the incident the country’s police claimed has put the region in a panic mood.

It was learned that three bodies were removed from the explosion and that more 50 other people rescued from the incident have been moved to hospital for medical treatments.

As gathered from local reports, the cause of the explosion was yet unknown, and that nine Shi’it fighters were identified as part of victims that sustained injuries during the explosion.

Through a statement issued after the explosion on Saturday, the Iraqis’s military confirmed that two children were among those that died in the explosion and that nine Shi’ite militia fighters were identified from people that sustained injuries.

It said that that the cause of the blast was yet unknown and that investigation was ongoing so as to ensure the country was able to have a clear picture of what might have occurred.

However, Iraqis’ police claimed that the blast occurred along a stretch of pipeline that travels near a militia camp in the country and that leakages had earlier been reported on the facility.

The country police said that rescue teams, including firefighters, were able to put the explosion under control and that the gas line had been shut down temporarily.

Meanwhile, Iraq Oil Ministry disclosed that technical teams had been directed to visit the pipeline to repair the damaged section and that gas flows would resume in the next hours via an alternative pipeline, to avoid shortages of supplies to power stations.

The Deputy Oil Minister, Iraq, Hamid Younis, indicated that special teams would be visiting the scene and that investigation had also been launched to determine the cause of the blast,

Speaking on the importance of the pipe, Younis explained that the domestic line transports gas from southern fields to feed power stations in some southern cities and a key power station near Baghdad.

“The explosion has no effect on Iraq’s gas production and processing operations”.