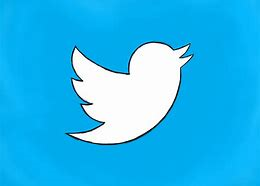 The social media app company, Twitter Inc., has disclosed that it is set to evaluate its leadership structure and name new directors on its board, as measures against a slump in its stock prices following spread of the deadly coronavirus.

The popular social media organisation stated that based on agreements reached with Elliot Management and Silver Lake, three new Board of Director members would be announced and that the company would commence a detailed evaluation of its leadership structure, with emphasis laid on fate of its CEO, Jack Dorsey.

The lead independent Director, Twitter Inc., Patrick Pichette, revealed that Head of Elliots’s U.S activism arm, Jesse Cohn, and Co-Chief Executive Officer (CoCEO) of private equity firm, Silver Lake, Egon Durban, have been approved to join the organisation’s board of directors, and that the company had plans to appoint a third new director to the board.

Pichette, however,  while speaking through a statement released to newsmen on Monday, noted that according to the agreement reached by all involved companies, Twitter CEO, Jack Dorsey, would retain his place on the board pending results of leadership review and further decisions which were still expected to be taken.

He reiterated that Dorsey remained an integral part of Twitter which he described as a unique company and added that though there had been a push for his ouster, it had been decided that it was in best interests of the company to keep him on for now.

The company director explained that Silver Lake was expected to invest $1 billion in Twitter, which he said would be used to fund its $2billion share repurchase program, with aim to manage company shares and better position the organisation for the future.

The Guild gathered that Elliot, with over $40 billion invested in management, had made push for CEO, Dorsey to be removed, citing the fact that he split his time between Twitter and his other mobile payments company, Square Inc., and that both companies would benefit more from full time leadership of a dedicated executive head.

However, Pichette held that Dorsey would retain his position as CEO of the organisation, and hinted at possibility of his being ousted in the future, saying that more information would be available in about a year, when the proposed leadership evaluation is expected to be completed.

“As a board, we regularly review and evaluate how Twitter is run, and while our CEO structure is unique, so is Jack and so is this company”.

He reassured the company’s teeming subscribers and investors that all decisions had been taken in best interests of the company, and that there was no cause for alarm.