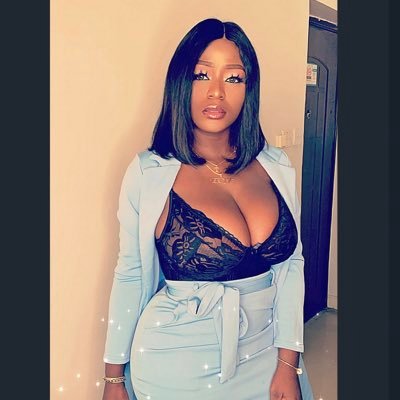 The social media personality’s recent re-entrance to twitter came as conclusion to an ongoing tussle between OmohTee and MedContour cosmetic clinic, where she alleged that a waist reduction surgery had been mismanaged and that it had resulted in life-threatening consequences.

It would be recalled that the incident had been brought to public eye after OmohTee had released a video in which she claimed that the clinic botched her cosmetic surgery and that it had refused to give any aid for the pain which she was experiencing as a result of the procedure.

The influencer, through a series of tweets on her personal social media page, explained to fans that the incident did not break her spirit but had made her stronger and that she had been given a new lease on life and a different perspective

expressed appreciation for the support and well wishes received during the period of recovery.

OmohTee, who hinted that there would be changes in her online conduct in the future, stated that she had been given a second chance at life and that she aimed to right her wrongs and become a better person.

“Everyone will go through a trying time in life and no one knows how or when it will happen, make sure your circle is solid and your faith in God even bigger because when that time comes that will be all you have! Forever thankful to everyone that has been there for me,”

“I toiled a path where so many people didn’t get the chance to tell their story but God’s grace kept me! God kept me alive for a reason & I will forever be grateful for this phase. It changed me. God gave me another chance to rewrite my wrongs & be a better person overall,”

“Thankful to twitter NG for both the love and hate it’s all part of my story and I appreciate you all”.