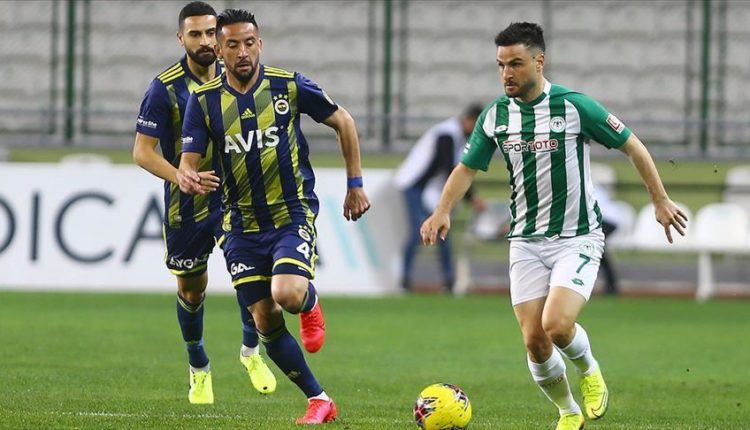 In spite of major European football leagues suspension over an outbreak of Coronavirus, the Turkish league went ahead as earlier scheduled, with matches played across the state.

Some of the week 26 matches on Saturday were held behind closed doors even after many other sporting events were either suspended or postponed by their organisers to prevent a spread of the deadly virus in the continent.

Except for the spectators that were not available on the stands, the matches were never short of surprises with one of the league’s powerhouses, Fenerbahce, losing away.

Fenerbahce traveled to Ittifak Holding Konyaspor but was caged by their host during the match to ensure they claim the maximum three points in their Week 26 encounter of the Turkish Super Lig.

IH Konyaspor found the match’s only goal with after its forward, Riad Bajic, in 41 minutes finding back of the net during a clash held at Konya Torku Arena. The win gave the Green-Whites 26 points, placing the team in the 14th spot in the league standings.

Fenerbahce was handed a lifeline when the referee gave Konyaspor defender, Nejc Skubic and midfielder, Omer Ali Sahiner, matching orders after receiving two yellow cards each for fouls during second-half of the match.

The Yellow-Canaries have yet to taste victory in the team’s last seven league matches.