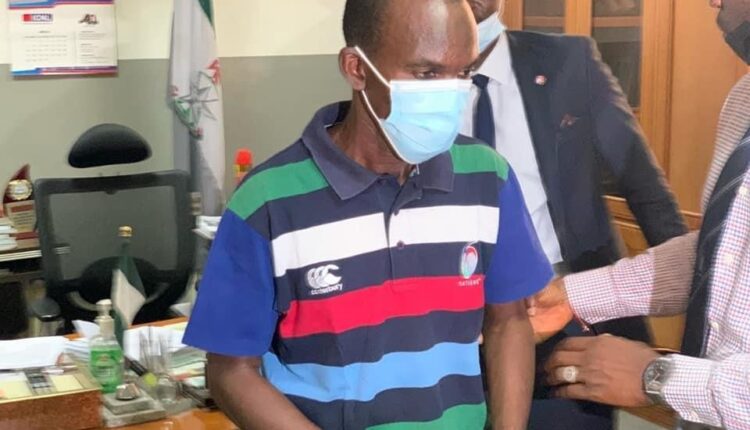 A Turkey-based Nigerian, identified as Abubakar Saleh has been detained by the Economic and Financial Crime Commission (EFCC) over money laundering and smuggling of automated teller machine (ATM) cards.

The EFCC said that the suspect, under detention was apprehended in possession of 54 different ATM cards while trying to board an Ethiopian flight to Turkey through the Malam Aminu Kano International Airport, MAKIA.

The anti-graft agency, in a statement made available to newsmen on Tuesday, said the suspect was arrested and handed over to the commission by the Nigeria Customs Service, Kano/Jigawa Area Command for further investigation and prosecution.

The commission quoted that the  Command Controller, Comptroller Suleiman Umar disclosed this while handing over the suspect and seized items to the EFCC Zonal Office in Kano

“The suspect, Abubakar Saleh was intercepted at the Malam Aminu Kano International Airport, MAKIA on his way to Turkey through Addis Ababa in Ethiopia line. “He was intercepted with 54 units of Automated Teller Machine, ATM, and international passport.”

The EFCC said, “upon the suspect arrest, he was discovered to be carrying 54 pieces of ATN cards of different banks, bearing various names.”

Responding to the development, the EFCC Zonal Head, Faruk Dogon-Daji pledged that the commission would conduct a diligent and thorough investigation into the case to uncover whether there are other accomplices.