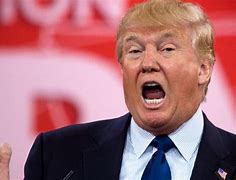 The United State President, Donald Trump has planned a meeting with a group of Republican State Attorneys General about revising a key law that shields social media companies from liability on content posted by their users and allows them to remove lawful but objectionable posts.

It was reported that Trump was expected to meet with the state attorneys general of Texas, Arizona, Utah, Louisiana, Arkansas, Mississippi, South Carolina, and Missouri on Wednesday to hear from their perspectives on online censorship.

In a statement by White House spokesman, Judd Deere, noted, on Tuesday, noted that the US president, Trump has believed that  Online censorship goes far beyond the issue of free speech, but one of the ways of protecting consumers and ensuring they are informed of their rights and resources to fight back under the law.

In May, Trump signed an executive order that seeks new regulatory oversight of tech firms’ content moderation decisions and backed legislation to scrap or weaken the law, Section 230.

He directed the Commerce Department to file the petition asking the Federal Communication Commission (FCC) to limit protections under Section 230 after Twitter Inc warned readers in May to fact-check his posts about unsubstantiated claims of fraud in mail-in voting which and Ajit Pai, FCC chairman  opened the petition to a 45-day public comment.

Earlier this month, the Republican state attorneys general of Texas, Louisiana, Indiana, and Missouri backed Trump’s push, arguing social media platforms cannot be truly free ‘unless the participants understand the rules of the forum, and competition is able to provide alternatives when speech restrictions go too far.