JUST IN: Court adjourns Nnamdi Kanu’s trial to next… 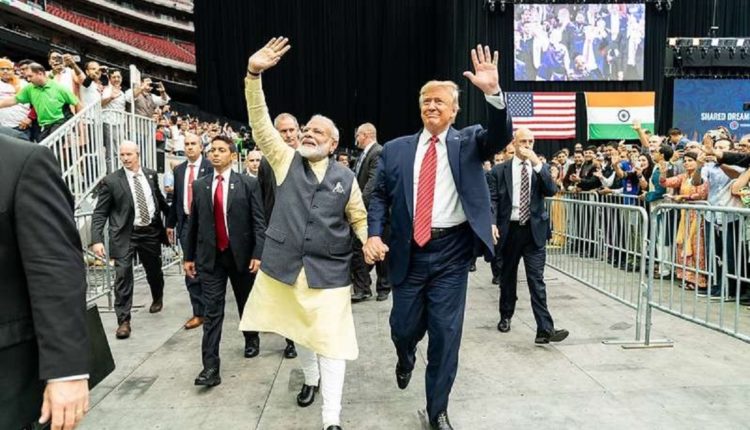 It has been four years for the United State’s President, Donald Trump, who just began a two-day offical visit to India, striking discordant notes with African countries which, it now seems he has no plans to visit during his first term in office.

The Guild recalls that the American President had, on several occassions, expressed his aim to visit some African countries, including, Egypt, Ghana, South-Africa and Ethiopia, but such proposed visits had not passed planning stage.

One of such statements was made following Ivanka Trump’s visit to Africa,  when Trump said that amendments had been made to his calendar in order to accomodate visits to some African countries, which were scheduled for December 2019.

Like all such promises before it, Trump did not make good on his word to visit Africa, but instead, made official trips in order to strenghten ties with France, Japan, United Kingdom, Belgium, Germany, Ireland, Italy, South Korea, Switzerland and Vietnam.

He also visited Afghanistan, Argentina, Canada, China, Finland, Iraq, Israel, North Korea, Philippines, Poland, Saudi Arabia, Singapore, Vatican City, West Bank and now India, and disclosed that all his trips had been in his official capacity as President of the United States, and had been aimed at forging healthy bilateral relations with the countries.

It would be recalled that Trump had, on several occassons, expressed his disgust for African coutries, notably his famous quote where he described Nigeria, Africa’s largest economy and giant of Africa, as a shit-hole country, and his more recent travel ban laid on several countries, including Nigeria, Sudan and Tanzania, both of which had earned him ire of Africans and their political leaders.

The American president, while speaking on Monday, in India, disclosed that his mission was for both countries to put aside their differences and form a strong trade alliance that would benefit both parties, adding that the United States was prepared to supply the country with high grade defense equipment such as drones, helicopters and missile systems, a sharp deviation from Trump’s response to growing instability and terrorism in Nigeria.

It is worthy to note that several visits have been made by African presidents, most notably, Nigerian President, Muhammadu Buhari, in moves to strenghten relations between their countries and America, seek military help in situations of instability, improve bilateral relations and broker trade agreements, none of which were returned by Trump, with the visits not yielding desired results for visiting countries.

Political analysts have stated fears that Trump may not visit Africa through out duration of his first term in office, and that in event of his re-election bid being successful, such would precursor possibility that he might, once again, shun African countries in favour of their European, Asian, Australian and American counterparts.