Nigeria embassy shuts down activities over coronavirus in…

Truck crushes pedestrian to death, injures others on Lagos-Ibadan exp. 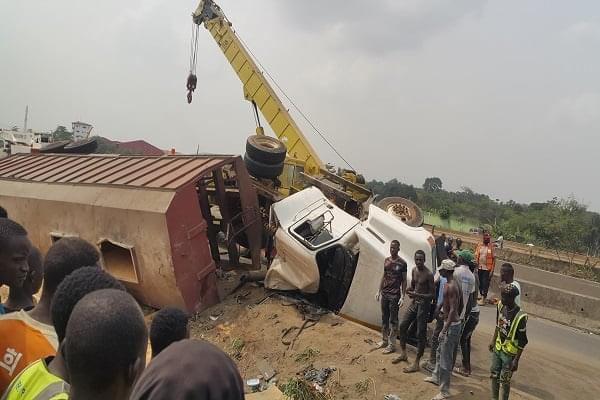 Atleast one person was reported to have been killed and scores of others injured when a truck skied off the Lagos-Ibadan Expressway and emptied its content on the road, resulting in gridlock on the outward Lagos section.

As learnt, the truck experienced brake failure after leaving the Arepo junction end of the road and skied off the road, crushing a pedestrian to death within the axis.

It was gathered that the pedestrian, who was crushed to death at about 12:30 pm on Wednesday, had been recovered by the rescue officials deployed to the tragic scene for onwards transfer to the morgue. 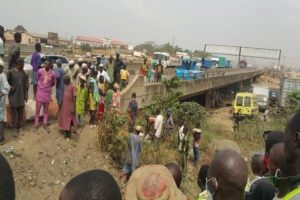 To address the gridlock, the emergency officials, Nigeria Police, Federal Road Safety Corps (FRSC), and others, have diverted the traffic to an alternate road in order to reduce traffic time on the road.