Teenage girl, two others die during multiple auto crash in… 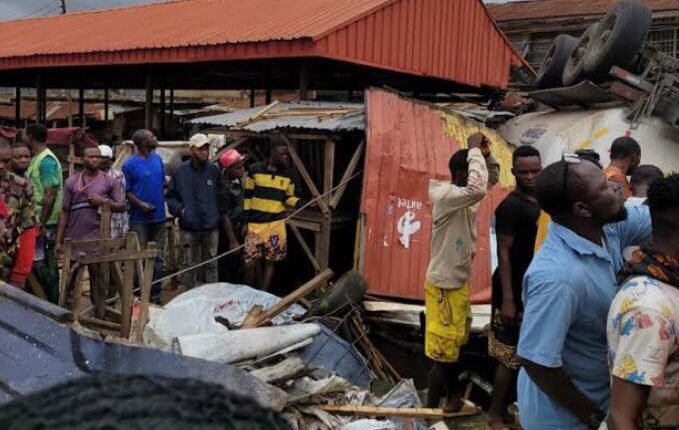 At least 10 traders have been reported to have died and dozens of others sustaining varying degrees of injuries when a gas tanker crushed traders and passers at Bode market in Ibadan, Oyo State, to death.

It was learnt that the traders, who had spread their wares waiting for customers, were crushed to death after the tanker skied off the road and rammed into the market.

Eyewitnesses narrated that the truck had a brake failure around Idi Arere area of the state and that all efforts by the driver to control and prevent it from skiing off the road proved abortive, saying he lost total control of the vehicle at Bode market.

The state’s Sector Commander of the Federal Road Safety Corps (FRSC), Uche Chukwurah, could not be reached at the time of this report to ascertain the number of traders affected in the accident.

Following fear of a possible explosion, firefighters were said to have arrived at the scene to ensure the safety of residents while the vehicle was being evacuated.