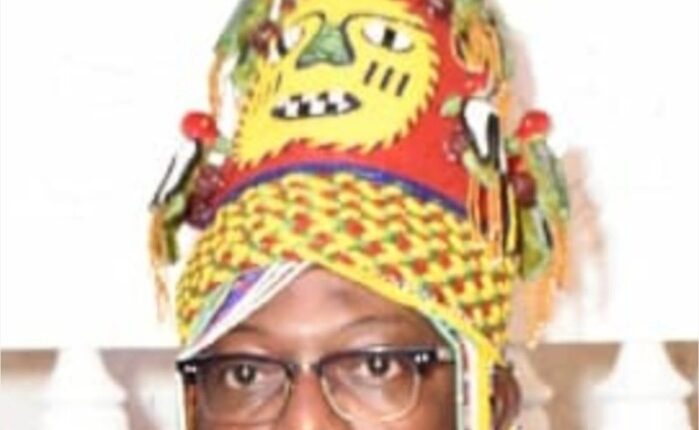 Share
Barely a month after new traditional ruler emerged for Iruland in Eti-Osa Local Government, Lagos State, there is discordance between the royal families over ownership of Oniru Estate, Victoria Island, and other properties with some members protesting against a planned conversion of family property to personal use and appealed to the state Government for intervention.
The protesters, who were descendants from Oniru lineage, took to the street on Thursday and alleged that children of the late monarch, Oba Idowu Abiodun, had concluded plans to take over administration of every land belonging to the family including the estate and converted them for personal use.
At the entrance of Oniru estate, where the protesters converged to express their displeasure, they alleged that the land was unilaterally sold to residents by the late monarch’s sons depriving others of their fair share from the property and efforts to get an accurate account from them on the property to the family members have continued to prove abortive.
According to the protesters, members that kicked against the monarch sons action led by Segun Oniru, were allegedly attacked by hoodlums acting on their directives and others were illegally evicted from houses earlier allocated to them in the estate.
While appealing to the state government to wade into the case, one of the protesters, Abiodun Rufai, stated that the late monarch and his children were not true descendants of the family and that they allegedly migrated from Togo and should leave the land.
Rufai, who vowed to ensure that the land is reclaimed from the children, stated that the action of the former monarch’s children including  Segun and Ademola, indicated that they were not members of the family.
Another protester, Khairat Obasola, while alleging that the ascendancy of Oba Lawal brought an end to the terror perpetrated by Segun and his siblings during the reign of the former monarch.

She said: “For about 85 years, we have been in bondage which the descendants of Akiogun royal line put all of us. We are happy that the selection of new Oniru from Abisogun line brought the long-sought relief. All the descendants of Oniru lineage suffered under the reign of the late Oba Abiodun, who illegally used the wrong slot to ascend the throne Oniru.

“We could not dare to ask them how they were administering the joint inheritance belonging to all members of the family. They usually sent thugs after us and chased us out of our houses. The land on which the Oniru Estate is built belongs to all family, but Aremo (Segun Oniru) and his brothers were the ones who single-handedly sold the land and gave no account to the family.

“Some members of the family who were living in the Estate were forcibly ejected from their homes and banished from the Estate. They sent thugs after us when we started querying them over the attempt to convert the family’s joint properties to personal inheritance. They would slap our elders who confronted them and chased them like common criminals. Now that they lost grip of the royal stools, they want to usurp the powers of the reigning king to be receiving residential levy from people living in the Estate. This illegality must stop.”

The demonstrators also raised the issue of monopoly established in the Estate and other areas within Oniru vicinity by the children of the former king and alleged that no individual was allowed to bring water tankers and sewage collection tanks into the area, except the late monarch’s children.

According to the protesters, thugs often destroyed water tankers belonging to some members of the royal family that were being used for water supply business in the Estate.

Olaide Ajasa said: “During the reign of Oba Idowu Abiodun, only his children were allowed to do sewage collection business in the entire Oniru kingdom. Even, to supply water to residents’ domestic use through tankers; we were not allowed to do that. Only Aremo and his siblings were allowed to do the business. The thugs they were using would destroy any truck seen in the Estate that did not belong to them.

“This is the kind of monopoly they established in the kingdom. So, when they have cornered everything we jointly owned, they also didn’t want us to eat and do any business in the kingdom. We cannot continue to look helpless when those who are supposed to be their brothers’ keepers are hijacking our collective inheritance.”

NNPC remits over N200b to federation account in April