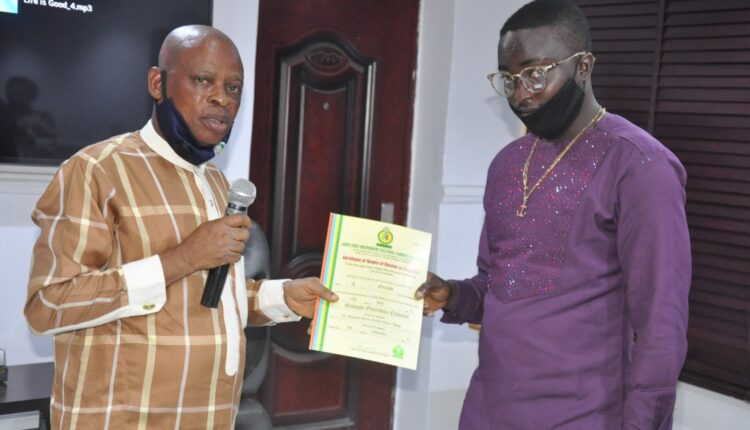 It ruled that Olanrewaju won the councillorship election and that the All Progressives Congress (APC) candidate, Onyeahasi Omolabake, should cease to parade herself as councillor for the ward.

The chairman of the five-man appeal tribunal, Justice Morenike Obadina, in the judgement delivered at the Central Business District, Alausa, Ikeja, ruled that the Lagos State Independent Electoral Commission (LASIEC) should issue a Certificate of Return to Olanrewaju.

In compliance with the tribunal’s directives, which affirms the decision of the Lower Tribunal that declared Olanrewaju as the rightful winner of the election, LASIEC Chairman, Justice Ayotunde Phillips (retd), has on Thursday issued a Certificate of Return to the PDP candidate.

Ayotunde, who was represented by a LASIEC Commissioner, Olusegun Ayedun, commended the candidate and his party for not resulting to violence rather using the instrumentality of the law to reclaim their mandate.

During the presentation held at LASIEC headquarters in Yaba axis, she urged Olanrewaju to work relentlessly for the common good of the people so as to justify the confidence reposed on him by the electorate and to also be magnanimous in victory.

The chairman, meanwhile, stressed that the Commission as a law-abiding Organisation would continue to stand by the dictate of the law in carrying out its statutory responsibility.

Through a statement released by the Head of Public Affairs for LASIEC, Tope Ojo, the chairman stated that the certificate earlier issued to Onyeahasi has been withdrawn and rendered invalid.

There came three months after LASIEC conducted statewide elections into the offices of Chairmen, Vice-Chairmen, and Councillors into the 57 Local Government/ Local Council Development Areas of the State which was adjudged free, fair, credible, and violent free by Observers.