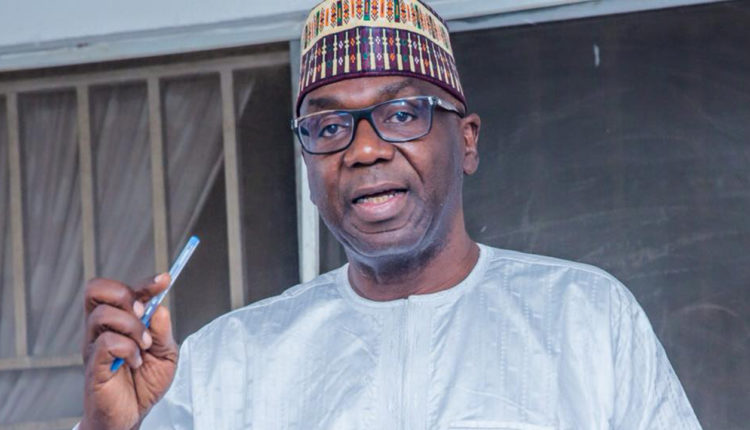 The Governorship election petition tribunal in Ilorin, has dismissed the Peoples Democratic Party’s (PDP)certificate forgery allegations against Kwara State Governor, Abdulrahman Abdulrazaq and upheld his election in the March 9, 2019 poll.

The tribunal held that  Abdulrazaq did not violate the provisions of Sections 177 of the constitution of the Federal Republic of Nigeria based on the certificates he presented to contest the election.

It also held that the word Rahaman was valid and that the assertion that the name written on the certificates did not start with Abdul is not a strong argument.

Delivering judgement on Friday, Chairman of the tribunal, Justice Bassey Effiong, said all documents and certificates presented by the respondents during the election were not forged.

He said the petitioner has not been able to prove his case beyond reasonable doubt as enshrined in Sections 35(5)(6) of the Electoral Act 2010 as amended.

The tribunal held that the evidence of PW1 and PW2 did not prove the case of the petitioner.

Justice Effiong maintained that Abdulrahman Abdulrazaq was qualified to contest as at the time of the election.

It would be recalled that , the Governorship candidate of PDP, Razaq Atunwa in the 2019 election, and his party had filed a petition before the tribunal, challenging the authenticity of the WAEC results presented by Governor Abdulrahman Abdulrazaq as well as his competence to contest the March 9,2019 Governorship poll in the state.

Reacting to the judgement through his spokesman Rafiu Ajakaye in a statement, Governor Abdulrazaq who was physically present at the tribunal, described it as a triumph of truth over falsehood and a sweet victory for Kwarans.

“This judgement affirms the truism that never will falsehood triumph over truth,nor evil over good till the end of time- no matter the efforts or public grandstanding of the purveyors of such falsehood,” he said.

The statement said the judgement confirmed the party’s long held position that the entire allegation was malicious and a tale by the moonlight.

“For us the judgement serves as a tonic to go the extra mile to build a polity where players will be motivated only by truth and the dream of serving our people and not by unbridled ambitions,” the statement said.

“We thank their Lordships for their erudition and well considered judgement. We express our profound respect and gratitude to our legal team who meticulously and professionally handled the provocative issue with admirable comportment and superior knowledge of the law.

“While we were always confident of victory,since we had nothing to hide, there were some Kwarans who felt concerned that some persons were bent on either causing confusion or going through the backdoor to get whatever Kwarans did not give them at the poll. It is to this end that we most sincerely thank Kwarans for their support and prayers while the case lasted. We also assure them that we will follow through on the steps being taken to build a Kwara that is prosperous and is a pride of all,” the statement added.