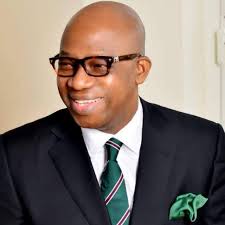 The governorship election petition tribunal sitting in Ogun State on Saturday has ruled that the Independent National Electoral Commission (INEC) was right in declaring Governor Dapo Abiodun of the All Progressives Congress (APC) winner of the governorship poll held in the state.

The tribunal dismissed the petition filed by Hon Adekunle Akinlade of the Allied Peoples Movement (APM) against the election of Abiodun.

The tribunal held that Akinlade and the APM failed to prove beyond a reasonable doubt that the election was marred with irregularities.

The Yusuf Halilu-led tribunal said the petitioners erred in their burden of proof by calling only 35 witnesses out of over 1000 pilling units where they alleged non-compliance with the electoral act.

The tribunal held that the petitioners’ witnesses admitted that they signed the copies of result sheets at their various units without being compelled to do so. This, he said punctured the case of the petitioners.