No date yet for Eko Bridge reopening- FG 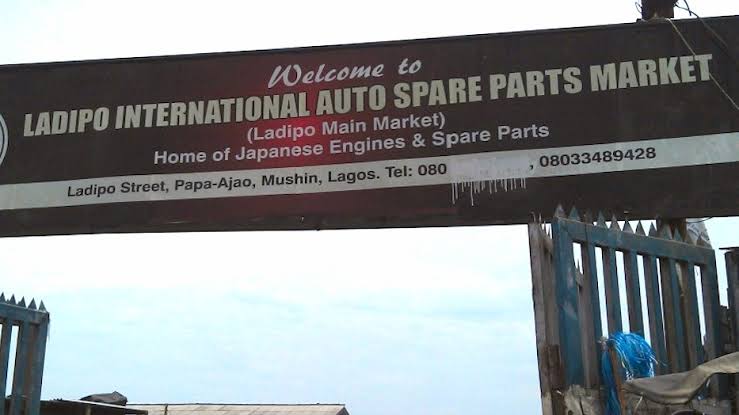 Following the alleged murder of a trader by military officials at Ladipo International market in Mushin Local Government, Lagos State, the businessmen at the auto spare parts market have closed down their offices and shops in protest and sympathy with their colleagues that killed by the security personnel in the state.

The hundreds of traders at the market described as largest across West Africa, stated that closure was to alert the Federal and Lagos State Government of the attack that was perpetrated by the Nigerian Airforce officials within the market, shooting at traders over a mild argument on a vehicle kick-starter worth N3, 500.

During a visit to the market on Wednesday, the market was free from business activities and traders were seen sitting in clusters with gates to their plazas as well as offices under lock.

As gathered, the closure came barely 24 hours after at least five armed military officials that were attached to a special security outfit, OP MESA, was alleged to have stormed the market killing at least one trader and over three others currently hospitalised after sustaining gunshot wounds.

Speaking on the closure on Wednesday, President, Ladipo International Market, Jude Nwankwo, disclosed that they decided to close their premises in protest against the act allegedly perpetrated against the market.

Nwankwo, who condemned the military officials attack, stressed that the traders were ready to embark on whatever is necessary to ensure that justice is achieved and such attacks were prevented in future.

He noted that the deceased trader was shot over an issue surrounding a kick-starter worth N3,500 which he was not aware of, saying this is the time to stop persistent attack on traders by military officials particularly in Ladipo market.

He said: “Due to the situation of the market today, we have decided to shut down in solidarity with the deceased. And that is the reason the market was shutdown today. We are demanding for justice. I cannot say when the market will be reopened for now.

“What we are discussing here is the death of a trader that was caused by just N3,500 and others that sustained gunshot wounds were still in the market. This is unacceptable. It is unfortunate that military officers will shot traders that were not armed. We are going to take this matter to the highest authority to ensure that we get justice”, he added.

The market leader appealed to President Muhammadu Buhari and Lagos State Governor, babajide Sanwo-Olu, to intervene for the traders to get justice, noting we are legitimate traders that are been attacked by law enforcement officers at out business premises.

Earlier, the counsel to the market, Obipora Umeh, stated that the traders never attacked the military officials rather they shot sporadically within the market, causing commotion and unrest among traders.

Umeh noted that the injury list was more than anyone could ascertain because many had gone to care for themselves in the community where they reside.

According to him, we have concluded plans to petition the Office of the State Governor, Inspector General of Police (IGP), Chief Of Army Staff (COAS) and his colleague, Chief of Air Staff, and other military agencies over the attack.