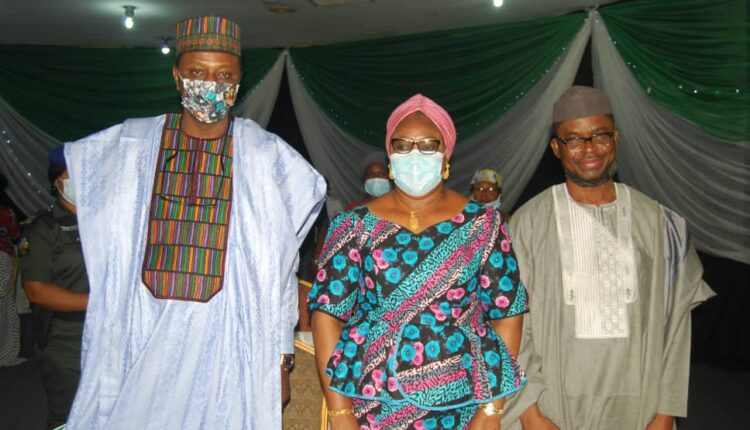 Nigerian Institute of Tourism and Hospitality (NIHOTOUR) has inaugurated the board of the Hospitality and Tourism Sector Skills Council of Nigeria (HTSSCN) to help in developing necessary skill and manpower in the Nigerian hospitality and tourism industry.

While inaugurating the board, the Permanent Secretary of the Federal Ministry of Information and Culture, Dr. Ifeoma Adaora Anyanwutaku called on the board members to live above board in the discharge of their responsibilities as drivers of the country’s HTSSCN in line with government’s efforts at achieving improved service delivery in the hospitality and travel-tourism industry of the country.

Anyanwutaku said the Federal Government (FG) was  highly committed to developing the tourism industry of the country as the preferred sector in revamping the revenue generating base of the economy with tourism as the lead sector.

The permanent Secretary also praises of the leadership of the National Institute for Hospitality and Tourism (NIHOTOUR) under Alhaji Nura Sani Kangiwa, saying she believed the Council was coming on board at the right time to salvage the Nigerian hospitality and tourism industry for better performance in line with global standards and best practices.

Earlier in his address, Alhaji Nura Kangiwa, Director General of NIHOTOUR and Secretary General of the Council traced the rough history of the council when the National Board for Technical Education (NBTE) through the Federal Ministry of Education obtained Federal Executive Council (FEC) approval in February, 2013 to implement and regulate the National Skills Qualification Framework (NSQF) which was achieved in 2014 through NBTE build capacity to accomplish the task.

He cited sectors like construction, power, automobile and ICT education that were first to pilot the establishment of their own Sector’s Skills Council, while NIHOTOUR was appointed to co-ordinate and facilitate the operations of the Hospitality and Tourism industry Skills Council by the regulatory body, the NBTE leading to the formation of the Boards of Directors and Trustees that been inaugurated today.

While noting that it is gratifying to say that the Sector Skills Council since inception in 2014 has worked hard to fulfill its mandate, Kangiwa said the Council still has a lot to do as required by the Regulatory Body and thus required both moral and financial support both from government and the Organized Private Sector to achieve the desired objectives for which the Council was established.

Kangiwa said as host of the council, NIHOTOUR is desirous to institutionalize the Council which was why deliberate efforts were made to ensure that it board is made up of and to be driven strictly by private sector comprising of stakeholders across the trade unions, professional bodies and major players in the leisure, recreation, travel, hospitality and tourism industries in the country.

In their respective speeches, Chairmen of Boards of Directors and Trustees of the Council, Chief Abiodun Odusanwo and Alhaji Tijjani Aliyu Danzabua, promised to assiduously work in line with the philosophy and vision for which the Council was established to achieve the desired objectives saying that they will not betray the confidence reposed in them as Chairmen of the Board of Directors and Trustees respectively.