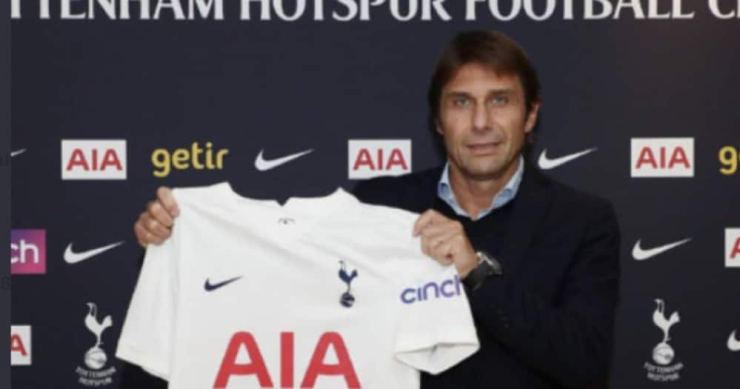 The fans of English Premier League club Tottenham Hotspur, waiting to see the manager take over the team’s affairs before their next match may have to wait for more days after reports indicate that the country’s football federation has withheld his work permit.

Hopes of the club’s supporters, who had believed that Conte would be at the dugout when the team would be expected to face Dutch club, Vitesse, during their next Europa League match, were said to have been dashed after the work permit was delayed.

With this development, the Italian tactician might also miss out on the club’s Premier League match against Everton, when the team aimed to relaunch their contention for the title.

However, sources said that the club officials were racing the clock to assist the manager to complete the necessary documentation in time for him to resume duties officially.

Conte’s first home game as manager for the London club would be the match against Leeds United on November 21, after the international break.

The former Inter Milan manager’s inability to resolve his work permit with the English football authority came barely 24 hours after agreeing to personal terms with the club.

It would be recalled that the tactician agreed to a £15 million 18-month contract with the North Londoners, with the option to extend for another year.