Buratai, other ex-service chiefs get ambassadorial…

Why I extended my contract at Man Utd-David De Gea 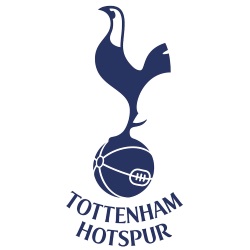 English football club, Tottenham, has confirmed that Belgian defender, Jan Vertonghen, and goalkeeper, Michel Vorm, have agreed to extend their existing contracts with the club until the end of the 2019-20 season.

Both players’ contracts were due to expire at the end of this month and this extension means they will now be available to play for us for the remainder of the current Premier League season.

In a  statement on Monday, the club further revealed that the extension of several loan deals, including that of Danny Rose’s season-long stint at Newcastle, and others were also extended by the club.

“We have also agreed to extend the loans of Danny Rose (Newcastle United), Kyle Walker-Peters (Southampton), Jack Clarke and Luke Amos (both QPR), Brandon Austin (Viborg) and Armando Shashoua (Atletico Baleares) until the end of their respective league seasons.”

Vertonghen has established himself as one of the most consistent performers in the Premier League since moving to Spurs from Ajax in 2013.

The 33-year-old has racked up 311 appearances for the club in total, scoring 12 goals, while forging a formidable partnership at the back with fellow countryman Toby Alderweireld.

Earlier, Vertonghen dropped the biggest hint over his future yet in May as he revealed his ambition to learn another language while continuing to play in top-level European competition.

He told: “I want to play in Europe and learn another language. Spain and Italy are options. And the duration of the contract will also play a role.”

Vertonghen was due to drop into the free agency pool at the end of the month, but Tottenham has at least managed to tie him down through to the conclusion of the 2019-20 campaign.

For Vorm, the club said on its official website: “We can confirm that defender Jan Vertonghen and goalkeeper Michel Vorm have agreed to extend their existing contracts with the club until the end of the 2019-20 season”.