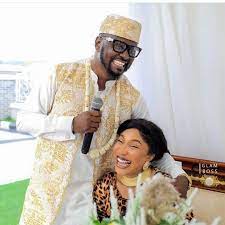 Strong indications have emerged that Nollywood actress, Tonto Dike, and her fiancé, Prince Kpokpogri, may soon announce their separation publicly after both parties started doing away with whatever connects them together.

Both the actress and Kpokpogri, a politician, indicated plans to separate after they both unfollowed each other on their verified social media handles, barely two months after their courtship was made public.

The actions to unfollow each other were noticed on Friday, barely days after recorded calls of Kpokpogri affairs with other ladies surfaced online, where he allegedly revealed how he had treated opposite sexes even after his relationship with Dikeh started.

Shortly after unfollowing her fiance, the actress released a statement and claimed that she only wanted to be herself, saying although I am not perfect.

Dikeh noted that all that concerns her presently was how she would expand her frontiers and achieve all the goals she had written down.

According to her, I AM ME. I AM not perfect,but I’m working on myself. Working to become the best version of myself. I AM working on myself to continue to expand my own self, through my work and in my own way.

Although the fiance was yet to indicate his next line of action but the recordings shared on different social media platforms, indicated that Kpokpogri allegedly admitted to cheating on the actress.

The politician further lamented that the award-winning actress allegedly engage in drugs and that it was already affecting her activities.

Kpokpogri, however, when confronted by the actress denied, sources said that he denied that it was his voice in the recordings and scheduled an online chat with his followers in order to clear the air, which did not hold afterward.

Before the audio leaked, Dikeh had announced her relationship with Kpokpogri on his birthday, June 27th 2021, stressing that she had found love again.

She shared his picture and wrote, “You have shown me that love is best presented as true as they come. You put a spring in my step. Falling in love with you is like the wildest roller coaster ride. Because of you, I have gotten to appreciate the finer things in life.

JUST IN: NCC shuts down telecommunication services across Zamfara