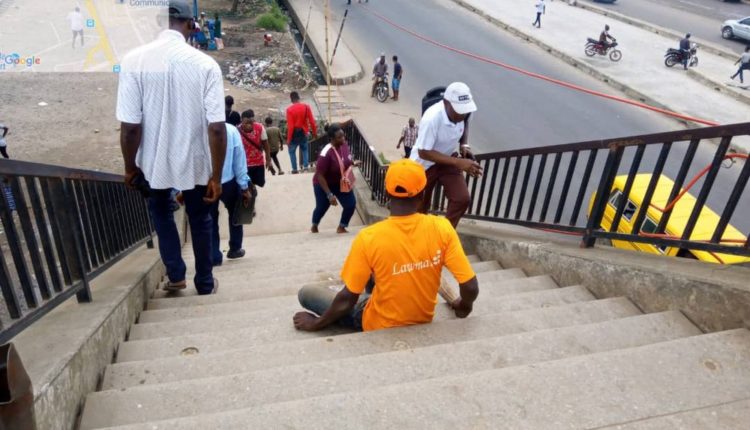 For more than a week, the refuse bins across the streets were filled to the brim, surrounded by bulging refuse packs. Garbage collectors who are contractors of the Lagos State Waste Management Authority (LAWMA), under a PSP arrangement, were said to be on strike over the non-payment of their salaries for three months! Street sweepers, with their ubiquitous orange overalls, helping to keep Lagos clean were also nowhere to be seen.

In the middle of a global public health crisis like COVID-19, and with hygiene as one of the recommended safety responses, I thought Lagos had a big problem on its hand. Waste managers going on strike, in a state that is the epicenter of the pandemic in Nigeria? Many Lagos residents were outraged. Why won’t LAWMA pay waste managers?

Before long the media focused on the story. The facts as reported in summary are as follows: In May, Governor Babajide Sanwoolu, as part of efforts to reposition LAWMA, was said to have ordered an audit of the agency. The auditors reportedly stumbled on damning irregularities, wastages and leakages within the system. These include the discovery of sharp practices by PSP contractors, the middle men who interface between LAWMA and street sweepers/refuse collectors. LAWMA has 652 of such operators who in turn engage 15, 498 workers, who manage 600 routes across the state.

The contractors were accused of padding their bills, and passing their cost to the state government. In LAWMA’s record, a sweeper is paid N25, 000 per month as salary, while a supervisor is paid N40, 000 per month. In reality, the contractors don’t even pay their staff up to this amount. As the agency’s wage bill rose from N540 million per month to N1 billion, the Governor asked the former MD to step aside and insisted on an audit. Many of the contractors were found guilty, with the most notorious among them identified as “The Iron Lady”.  As part of the reform process, the state government appointed a new Managing Director to oversee the changes that needed to be made.

It was at this point that hell broke loose.  Contracts were terminated including that of the “Iron Lady” who alone managed 66 routes. There were attacks on the new management of LAWMA by street sweepers who publicly discarded their orange overalls, and took their case to the social media. They had my sympathy.  Not to pay these hapless workers, who risk their lives every day for mere pittance didn’t look good. But it soon became clear that this was not about LAWMA but some powerful contractors and middle men who were determined to resist and frustrate the proposed reform, insisting that they are untouchable.

Anyone who is familiar with the waste management process in Lagos will attest to the fact that this is one of the major areas reserved for the purposes of political patronage. The contractors are not necessarily independent.  They are either party stalwarts, or their representatives, being rewarded for their contribution to election victory. They have behind them Godfathers who also report to Godfathers. Governor Sanwoolu is right to have ordered an audit, and to have asked the former Managing Director to step aside.

But the audit must be fair and it certainly can’t go on endlessly. Yesterday, I saw a few street sweepers back at work. There must be some honest contractors whose staff do not deserve to be out of work and whose salaries must be paid. But there must also be a strong monitoring mechanism in place. No contractor should be paid for work not done or be allowed to pad bills. The new man at LAWMA, that is the Acting MD, will need the personal support of the Governor and that of the Commissioner for Environment, Tunji Bello under whose Ministry LAWMA falls. Both Sanwoolu and Bello have been long enough within the system to know where the corpses are buried.

The Governor should be firm and tread carefully though. One of the reasons adduced for the humiliation of his predecessor, Akinwunmi Ambode, was that he too tried to change things at LAWMA. In so doing, he stepped on very powerful toes and burnt bridges. The contractors and Godfathers that he displaced never forgave him. They blackmailed him. In the course of the current face-off, I have noticed garbage being dumped, seemingly deliberately, on the streets of Lagos. Governor Sanwoolu should be watchful. Nobody, Iron Lady, or Caterpillar Man, should be allowed to play politics with public health and hygiene in Lagos.