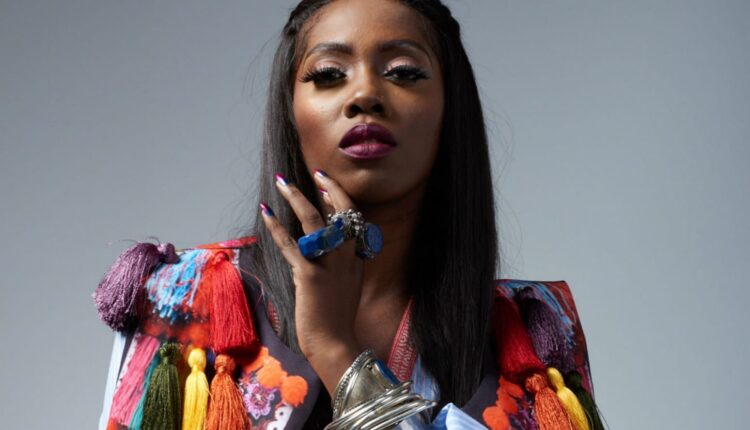 The Nigerian afrobeat female singer, Tiwa Savage, has disclosed that she is being blackmailed through a sex tape obtained, featuring her and the singer’s lover.

Savage said that the man has threatened to leak the sex tape involving her and the new partner if a ransom is not paid, saying I have decided not to pay anyone that obtained my video.

She noted that although the sex tape, which was also sent to her as proof by the man, has been viewed and that she along with the new lover was not superimposed.

Savage, who disclosed these during an interview yesterday with an American radio personality, Angela Martinez, in New York, the United States of America (USA), did not reveal the name of her new lover that was mentioned barely three years after she and Tunji Balogun, popularly called Teebillz, parted ways.

In the video released by Martinez through her social media handle and monitored by our correspondent, the multiple award-winning artiste, meanwhile, said that she would not surrender to the man’s request since the act was not a crime under the Nigerian constitution.

She said, “Yesterday, I was leaving a radio station and I was in my car when my road manager sent me a message. She said I should check my phone. I checked it and there was a video, and I was just like, ‘Wow!’

“I asked him where he got it from and he said he received it about 20 minutes earlier. The video was sent to him and it is a tape of me and the person I am dating right now.

“I decided I was not going to pay the person because if I do, two months from now, three months down the line, or even two years later, you are going to come back again.

“Who knows, if I send the money, the person will probably release it. I am not going to let anyone blackmail me for doing something natural,” she added.

She said: “Definitely (it) wasn’t the interview I expected but we took a couple of shots of brown liquor and talked through the whole situation. I will share more of it on the show tomorrow.