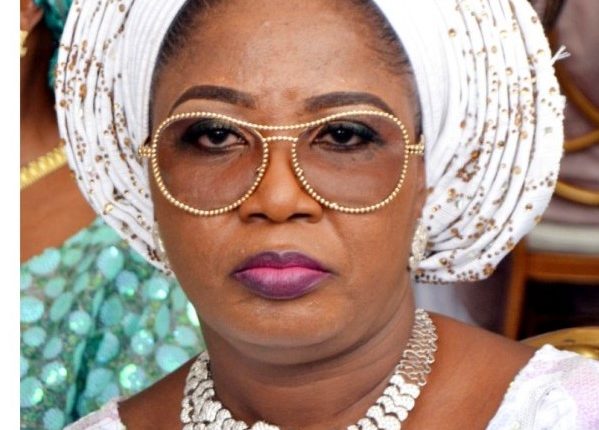 The Italoja General and daughter of the All Progressives Congress (APC) presidential candidate, Folashade Tinubu-Ojo, has distanced herself from reports in circulation that she threatened to deal with traders of South East region extractions across Lagos State should they decide not to support the father, Bola Tinubu, to become Nigeria’s next president next year.

Tinubu-Ojo described the reports as unfathomed and baseless as she never at anytime condemned and discredit the Igbo groups in any of the over 50 markets scattered across the state.

While urging traders and residents of Lagos to disregard the reports, The Iyaloja noted that she had often been an advocate of ensuring that irrespective of one ethnic group, if he resided in Lagos could have space to trade in any of the markets.

Through a statement released on Monday and made available to newsmen, Tinubu-Ojo stressed that her leadership is for everyone and not particularly for one ethnic group trading across markets in the state.

According to the statement, “The news that Mrs. Folashade Ojo, the Iyaloja General has discredited the activities of Igbo community in some major markets in Lagos State is unfathomed and baseless. And I have never at any time condemned or discredited the Igbo groups and traders in any market.

“It is on record that the Iyaloja General like her father is a detrabiliised and tolerant in her disposition as a market leader, even as I single-handedly installed Igbo dissent as Iyaloja in Oluwole market in Lagos Island and Babaloja in Tejuosho market phase 2.

“All those peddling the baseless rumours should find something better to do rather than constituting a nuisance in a harmonious environment, I remain patriotic and ethical in my disposition as the Iyaloja General. I belong to and represent the interest of all ethnic groups across Lagos markets”.