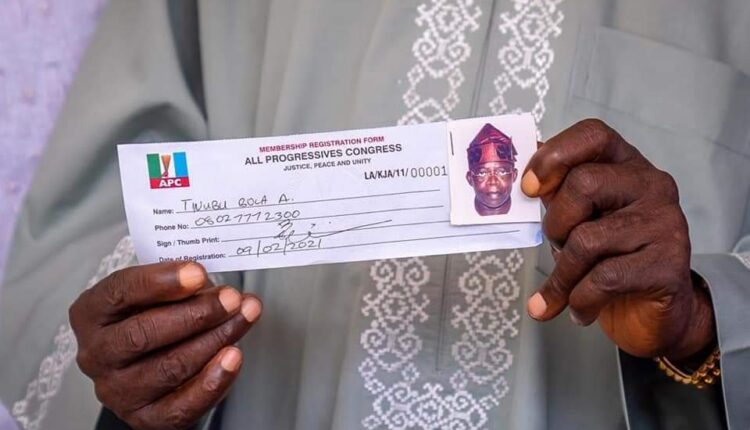 The National Leader of the All Progressives Congress (APC), Asiwaju Bola Tinubu, birth date on the party’s revalidation form has begun to raise concern on the actual date often brandished for the Lagos State former governor.

On the form filled and signed by the APC national leader, the date often displayed by Tinubu was allegedly different from what was written on the form as his date of birth, while the fourth executive governor of Lagos often claim March 28th was his birthday, he, however, inked 27th of same month and year.

In the pictures shared by the Chief Press Secretary to Lagos Governor, Gboyega Akosile, Nigerians have raised concerns that the date allegedly indicated that the national leader should be examined.

But as the argument continued, Tinubu, however, backed the position of the party’s former interim National Chairman, Bisi Akande, on the Caretaker Committee and the ongoing national registration and revalidation exercise, which was described the ongoing membership registration and revalidation in the party as an indefensible aberration leading to certain ugly perceptions. 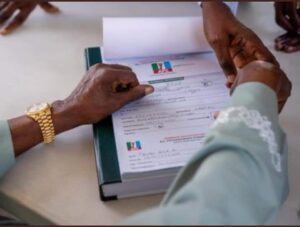 While addressing pressmen at his Ikoyi residence in Lagos, Tinubu said he would not fault Akande’s position but will endorse it and that ongoing action could have been to build on an existing template rather discard it.

He said: “Since we have a foundation and that foundation is on which the structure up till the present was built at the time of the registration of this party, I will not fault Baba Akande’s position; I will not but endorse it.”

“What we are doing now is a matter of addition and subtraction, free entry and free exit. You have joined a particular party; you have decided to leave that party. You have equal opportunity for new members to join and update the existing register of the party.”

The APC national leader said he hasn’t heard a situation whereby the party’s register submitted to the Independent National Electoral Commission (INEC) at the time of APC registration has been invalidated.

He described the party’s exercise as an update and revalidation of all those memberships, adding that despite the APC witnessing several congresses and exits, it had complied with the nation’s Electoral Act.

“These seeming ugly perceptions put into abeyance the applause of the two national election successes that the original APC register enjoyed since its completion on 15th February 2014 and the over one billion naira of 2014’s value that the original register cost when APC had no money of its own. 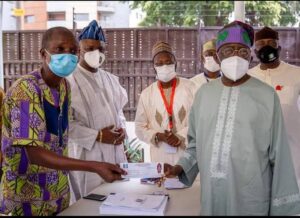 “Within this context, I see the present APC membership registration within less than a decade after the original register as an indefensible aberration leading to certain ugly perceptions.

Akande urged that the present APC Caretaker Executive Committee to resist all temptations of “sit-tight syndromes” which according to him, usually characterized “most handpicked authorities in most underdeveloped countries of the world.”