Police beefs up security after robbery, gangs attacks in… 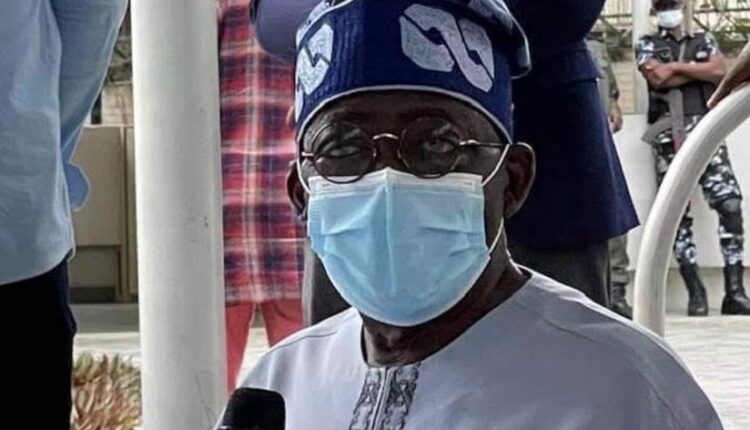 The All Progressives Congress (APC) national leader, Bola Tinubu, has held a prayer session at his residence in Bourdillon where he expressed his gratitude to God for a safe return to Nigeria healthy and alive after a medical short stay in United Kingdom during which he underwent knee surgery.

While the prayer session was ongoing at the national leader’s house, a supporting group, Tinubu Support Group (TSO), was also conducting another one that also focus on Tinubu’s arrival and his 2023 presidential ambition.

At the Lagos state former governor’s residence on Saturday where political leaders and associates of the man gathered in welcoming him back into Lagos and show solidarity, Tinubu commended his allies for standing by him during his absence at home and remaining steadfast in running Lagos affairs smoothly

Tinubu said: “I thank God. I thank all of you for your steadfastness while I was not around. May God bless you all. I thank you very much. I am happy to be back because there is no place like home. I have disclosed what happened; I had surgery on my right knee. And I went through all necessary therapy. I am back, hale and healthy.

At the prayer session held in Government Residential Area (GRA) Ikeja by the support group, hundreds of TSO members that gathered at the venue thanked God for Tinubu’s quick recovery and for returning to the country alive as against the death rumour circulating online.

They noted that Tinubu’s return into Lagos yesterday indicated that God answered their prayers on him, saying we have decided not to relent in prayers for him ahead of the 2023 presidential election.

The members of the group stated that with prayers, Tinubu, who was yet to declare his intention to contest for the next presidential election, would yield to their persuasion as well as accept the offer to run for the office of President during the 2023 elections.

Addressing the congregation during the prayer session, the Chief of Staff to the Lagos State Governor, Tayo Ayinde, said that their aspiration was for him to become the next president, adding we know that with prayers, this is possible.

Ayinde noted that Tinubu’s return to the country showed their prayers for the APC national leader to live above 100 years was accepted by God, even when many wished him dead while abroad.

“Thanks to God that answered our prayer. Our leader is back in the country healthy. Asiwaju is someone that has touched so many lives. Our prayer is that he will live long to touch many more lives. We also pray that our aspiration for him to be our next president will come to pass.

“We also pray that Nigeria will not be tough, God will grant Buhari and Babajide Sanwo-Olu wisdom to rule the country and state respectfully”, he added.

Also, the Commissioner for Wealth Creation and employment, Yetunde Arobieke, described Tinubu as the only progressive-minded leader in the country and that he is passionate about Nigeria’s development.

She noted that the developments currently been witnessed across Lagos were part of the blueprint he produced while serving as the governor of the state.

According to her, he has not for once relent in contributing his quota to the development of the country and that is why I will always follow him wherever he goes.

“I remember that many states created additional local governments but some backed out from the struggle after they were threatened by former president, Olusegun Obasanjo, but the only person that stood his ground and argued the issue logically was Tinubu. And today, many have been employed through these councils, is that not another means of reducing the rate of unemployment in the country particularly in Lagos State.

Earlier, the Lagos State Coordinator of TSO, Akinduro Ibesanmi, said that the prayer session was to thank God for Tinubu’s return from United Kingdom and pray for his protection ahead 2023 election. 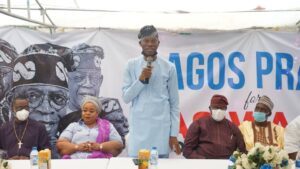 He said: “We are thanking the almighty God that our leader is back in the country. I remember that many have been peddling that he was dead and that his corpse was deposit at the mortuary. But his return yesterday ended all speculations.

“Although he is yet to announce that he would be running for the seat of President, we want him to become the successor to President Muhammadu Buhari. And we are praying that he should not decline the call of the masses that have seen him as the best candidate for the seat”, he added.