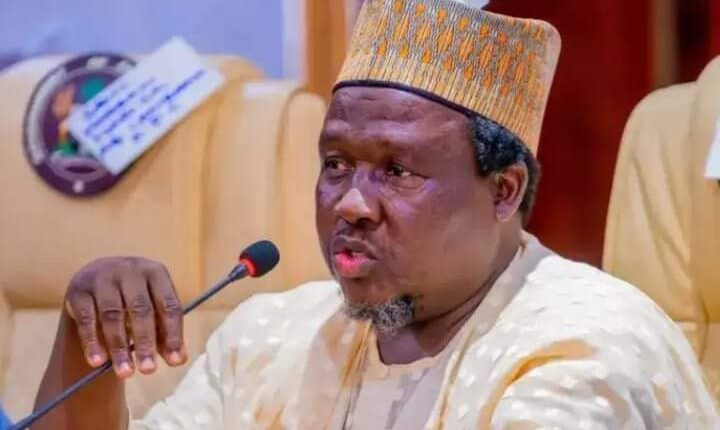 The All Progressives Congress (APC) presidential candidate, Bola Tinubu, has submitted the name of Ibrahim Masari, a kinsman to the Katsina State Governor, Aminu Masari, as his running mate for the 2023 general election in the country.

The national leader of the party chose Masari, who was part of the defunct Congress for Progressive Change (CPC) members that came with President Muhammadu Buhari to merge with other political parties and formed APC, as his running mate and submitted it ahead of the Independent National Electoral Commission (INEC) submission deadline for parties.

Tinubu submitted his name on Friday to INEC in a bid to prevent any disqualification by the electoral commission as stipulated by the amended Electoral Act.

As gathered, the name was submitted to allow the party and it’s candidate continue their ongoing consultations to the North East region of the country where they had zone the Vice President slot to.

The plan of the APC candidate and the party was to avoid missing out from the window approved by INEC for submission of running mate name ahead of next year’s poll.

It was learnt that President Muhammadu Buhari would also be consulted by the candidate and party’s leadership on possible choice of person that should be picked as running mate for the APC vice presidential candidate.

Confirming the development, a chieftain of the party, Kabiru Faskari, said that picking Masari, who hails from Katsina State, does not violate the country’s laws as against the clamour for a Muslim/Christian APC ticket.

“Ibrahim Kabiru Masari is our vice presidential nominee. He was the Welfare Secretary of the APC under Oshiomhole (former national chairman of the party),” he said during the show on Friday. “He is a well-known politician in Kaduna State and his name has been submitted.”

According to him, Masari is experienced, close to Tinubu, and will not have a problem working with the former Lagos State governor.

“He is young; he represents the youths and is grounded in politics and was even a national official of the APC. He is quite close to the presidential candidate and has been with him for a very long time. It is a very informed decision to put out his name.”

He said the decision followed wide consultations and that the party needs a person from a region with a large voting population, added, I think what it is is that it was the decision of the presidential candidate after due diligence.

Tinubu’s running mate is a serving board member of the National Institute for Policy and Strategic Studies (NIPSS) located in Kuru, near Jos, the Plateau State capital.

Before the appointment, he had served under former president, late Musa Yar’ Adua, but lost his portfolio after ex-president, Goodluck Jonathan, took over following death of the Yar’ Adua.

Also, Masari served as member of the APC National Working Committee (NWC) under ex-chairman, Adams Oshiomhole, and was a former member of the People’s Democratic Party (PDP).