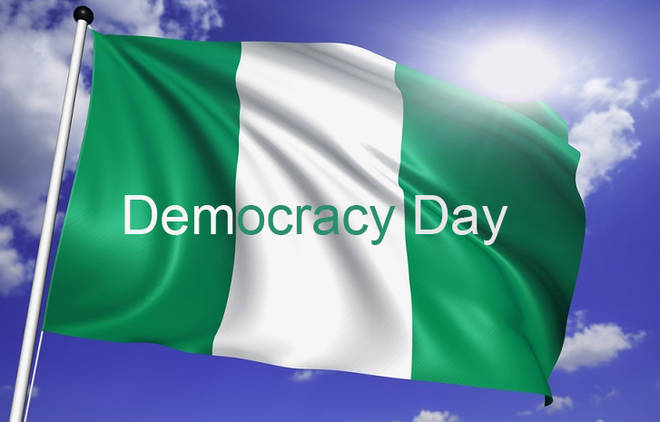 For the first time, marking of Democracy Day in Nigeria would not be commemorated in its usual manners, with notable personalities including the national leader of the All Progressives Congress (APC) Asiwaju Bola Tinubu, the Lagos State Governor, Babajide Sanwo-Olu, his deputy, Dr. Obafemi Hamzat and Nobel laureate, Wole Soyinka, agreeing to headline the Lagos State Government’s June 12 commemoration Webinar for Lagos youth virtually.

They explained that the outbreak of coronavirus globally and the health challenges posed by the virus had necessitated the commemoration of this year’s celebration online, and in line with the state government directives which banned any form of social gathering as part of measures to mitigate the spread of the deadly respiratory disease.

June 12 was formerly known as Abiola Day, celebrated in Lagos, and some southwestern states of the country. Nigeria’s Democracy Day is a public holiday to commemorate the restoration of democracy in the Federal Republic of Nigeria.

May 29 was initially the official democracy day in Nigeria, marking the day when the newly elected Olusegun Obasanjo took office as the President of Nigeria in 1999, ending multiple decades of military rule that began in 1966 and had been interrupted only by a brief period of democracy from 1979 to 1983.

However, on June 6, 2018, eight days after May 29, 2018, had been celebrated as Democracy Day, the President Buhari-led Federal Government declared June 12 to be the new Democracy Day. Buhari would give his inaugural address for his second term on June 12, 2019. These were done to commemorate the democratic election of MKO Abiola on June 12, 1993, in what has been adjudged to be Nigeria’s freest and fairest elections. The election was, however, canceled by the General Ibrahim Babangida’s Junta. MKO Abiola was detained after he declared himself the president and later died in detention.

Recognising the importance of the day, Sanwo-Olu, his deputy, Hamzat, and Soyinka will be meeting with youths to inculcate democratic values that would aid their contribution to Nigeria’s development.

In a statement made available to newsmen on Wednesday, it was explained that the personalities were to share their experiences, mentor the youths and explain how they contributed immensely to the democratic system the country enjoys today.

It was also noted that the Webinar which has as its theme: ‘June 12: Learning from the Past, Shaping the Future’, would further allowed the personalities to chronicle how the June 12, 1993 election that was annulled, started, their contributions and efforts that must be done to ensure the contributions made by several Nigerians do not go in vain.

“Governor Sanwo-Olu will also at the event explain to the youths how the present administration had ensured that none of the citizens’ rights was trampled upon and in the last one year work, the work is done daily, to ensure residents of Lagos get the dividend of democracy they agitated for while marching on the street to demand for the return of civilian government over 20 years ago.

“Sanwo-Olu and his deputy will at the event informed the youths how they had been preparing themselves for leadership before assuming office last year in the state.

“After the speakers must have taken their turn to explain to the youths their contributions, the participants will have the opportunity to ask questions that would possibly help prepare them for the future,” the statement added.

Furthermore, Isreal noted that the event which would be held over the Internet, virtually through Zoom, was in compliance with government directives to prevent the transmission of coronavirus and to flatten the virus curve in the state.

According to the statement, interested participant can register on lagosyouthwebinar.eventbrite.com

Boko Haram kills 69, injures others during attack on Borno community