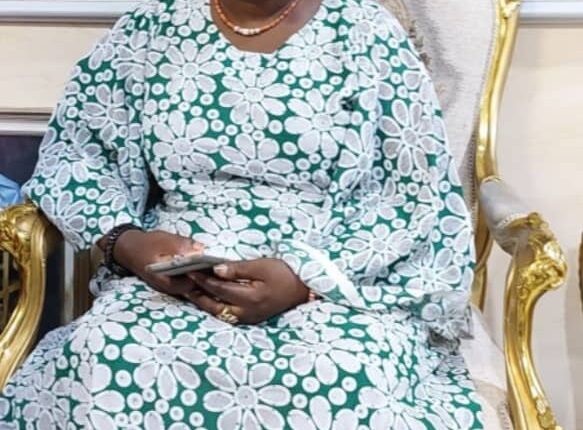 The Chairman Lagos State Market board and Iyaloja General of Nigeria, Folashade Tinubu-Ojo, has said that the closure of the popular Oyingbo market in Lagos-Mainland Local Government was due to its deplorable and filthy state.

Tinubu-Ojo said that the closure was to protect the traders and market from being sanctioned by the State Governments after several warnings by different inspection teams on their sanitation.

She gave the clarification yesterday at a media briefing following protests embarked upon by the traders and allegations that the market leader demanded for N5 million before the place could be reopened barely one week after its closure.

The market board boss stated that before the closure, traders dealing in perishable goods were asked to remove their products and sought other avenues to sell and recoup their profit on it.

Tinubu-Ojo, meanwhile, urged residents of Lagos to disregard rumours making the rounds over the market and that all she had done was to protect Lagos from any possible epidemic that could emanate from the trading premises.

“The Mainland Local Government Chairman, Omolola Essien, had earlier called me to close down the Oyingbo market because it was extremely dirty.

“Also, the Ministry of Environment had initially done so much earlier in the year for some reason before it was reopened. The Governor of Lagos State, Babajide Sanwo-Olu, had also visited the market and thereafter, sent a letter to that effect. The traders were then given time to do the needful,” she explained.

While expressing her displeasure over the state of the market 10 years after re-construction, she said: “I visited the market on Thursday last week and instructed them not to open the market the next day and that they should also move their goods out of the market, with a promise that I will be there on Friday to ensure proper sanitation.

“I was there as said, on Friday and ordered the traders to pack their stuff out of the market while it was properly cleaned on Friday and Saturday. I sent delegates to check on Tuesday if thorough sanitation had been done as instructed,” the market leader added.

Tinubu Ojo said that the traders were given 24 hours prior notice, adding that the Ministry of Environment had earlier shut the market without prior notice, for months.

“We can’t continue to celebrate dirt. I stood at the gate and asked them to move their perishables before it was closed. There is no market head for Oyingbo market currently, as none of the two contenders vying for the post was on ground during the whole process.

Tinubu-Ojo, however, appealed to the traders to ensure proper sanitation as it is being preached weekly, urging traders to keep their environment clean always.

Meanwhile, Tinubu-Ojo acknowledged that the local government executive was aware that some touts are collecting N2,500 from the traders on a daily basis, saying the touts need to be evacuated from the market to ensure orderliness, cleanliness, law, and order.

One of the traders, Abimbola Jinadu, Iyaloja, Agric Coker Odunade, who corroborated what the Iyaloja General said, noted that she was part of the team that visited the market during the whole process.

She stated that Oyingbo market, in spite of the cleaning that was done during the weekend, was still very dirty as on Tuesday that they visited, adding the traders were asked to vacate the market with their goods before the sanitation started.