EFCC records over 3,000 convictions in 11 months 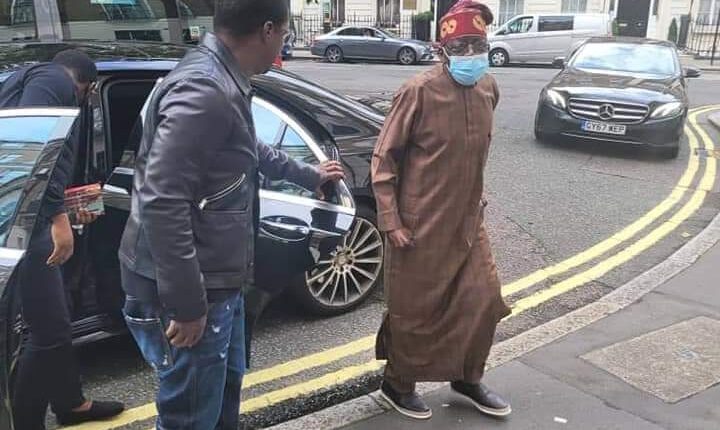 Bola Ahmed Tinubu was not only accepted in Lagos because of his money but also his language.

He has got the street language, the boys understand him. Of course money can be a language if well channelled, BAT has got the skill to distribute it and he got results beyond Lagos.

He also used the language to propel many who were more academic in their approach to politics. It was the language that brought in former Governor of Lagos State Babatunde Raji Fashola and the present Governor of Ekiti State, Dr. Kayode Fayemi.

I remember at one of Tinubu’s colloquia, Fashola had advised against politics of ‘imposition’ in Lagos. The advice walked on the fighting side of Tinubu as he quickly took the microphone to hit back at Fashola.

He said that Fashola was once a beneficiary of the process of ‘imposition’ and should not be criticising it now that he had left the seat.

READ ALSO: Tinubu: Will the visits lead to Villa? (Part 1)

Tinubu may not be the academic type, his thoughts on issues had shown that he is a brilliant fellow who can engage both the elite and the grassroots people.

Having covered numerous elections since 1999, what I deduce is that only a few elites go out to vote. The larger numbers of votes in this country had always come from the streets.

At various campaigns in Lagos, I found out that people, including those who hate Tinubu, wanted to hear his voice.

His croak voice is streetwise. It is his charm. His money is a weapon, he knows where to send it. Election debates are won on television and social media, these are the platforms for the elite and intellectuals but votes count and are counted on the field.

To be accepted as a leader to win an election in Nigeria of today, a politician must have got some elements of madness unless he or she will not enter the street to campaign.

Since Barrack Obama, I had developed a keen interest in American democracy and loved the modernity and high sense of decorum at campaign rallies.

Even the former US President Donald Trump had to follow the rules of engagement in those campaigns even though he did not like it. They were rallies where candidates must pretend to be decorous because his words would be used for and against him later.

However, in Nigeria, a professor, a pastor, a banker must first throw away his academic, religious or corporate posture if he must win the hearts of the street boys.

The elite, the church girls, and boys watch the campaigns on television but the street urchins, the touts are on the field to hail the pastors who want a political office.

In Ekiti a few years ago, the electorate preferred Ayo Fayose, a stomach infrastructure politician to Fayemi, an academic, because of the street language. Fayemi was forced to break his vocabularies to regain power and since then he had been speaking the language the farmers understand.

Of course, Ekiti is the land of professors but the sculpturers and the farmers in the agrarian state are always at home with the elite who can share some palm wine and pounded yam with them.

Tinubu saw these when he engaged late Folake Sokunbi popularly called Iya Kalokalo. an Ikorodu-born politician, as the leader of the singing group during his tenure as Lagos governor. Almost all of his statements on campaign ground were always followed with a rendition by the women group.

Tinubu changed the face of political rallies in the metropolis but Fashola faced the music for stopping the idea.

The women were the first to kick against Faahola’s second term for not giving them their own space and recognition.

Not that Fashola did not extend the largesse to them but his language was too academic to them. Of course, he did his best to carry all of the structures he inherited from his boss along, Fashola is not a natural street boy.

There is no doubt that Governor Abdullahi Ganduje is a replica of Tinubu in Kano, going by his grassroots movement. And I think that Tinubu’s closeness to Ganduge is about language and how to capture Kano in the eventuality that he runs the 2023 presidential race.

Tinubu must speak the street language in the north. That of the East may be difficult a bit.

Kunle Awosiyan is a journalist based in Lagos, Nigeria.