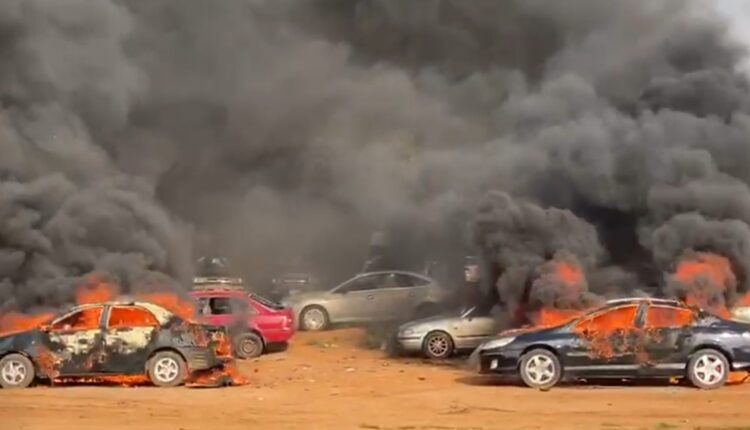 No fewer than two persons were said to have been killed when hoodlums attacked youths protesting against brutality and extra-judicial killings by disbanded Special Anti-robbery Squad (SARS), a formation of the Nigerian Police, in Federal Capital Territory (FCT) Abuja.

Aside from the alleged killing, the hoodlums, tagged pro-SARS, were said to have set several vehicles at a mechanic village in Apo village during the attack on the protesters under the aegis of EndSARS ablaze in the nation’s capital.

As gathered, the protesters were said to have been attacked by the hoodlums where they converged after men of the Nigerian Police fired teargas at the demonstrators to disperse them from continuing their protests.

It was learnt that the incident occurred at about 4 pm when hoodlums, armed with machetes, sticks and other crude weapons, attacked the protesters at Apo village in a bid to ensure discontinuation of the demonstration.

After the attack, residents claimed that pandemonium broke out and some protesters scampered for safety while others waited to prevent the hoodlums from attacking the timid members.

The invaders descended on anything and anyone in sight. Shops, vehicles, houses, and anything else they could lay their hands on were not spared, including setting several cars ablaze.

“The aggression extended to the popular mechanic village where the miscreants also attacked more people, burning shops and properties within their reach.

“Shop and vehicle owners who felt aggrieved by the actions of the mischief-makers went on reprisal and it was mayhem. The hoodlums managed to escape after the trouble they caused,” an eyewitness said.