Secession not solution to Nigeria’s insecurity, other… 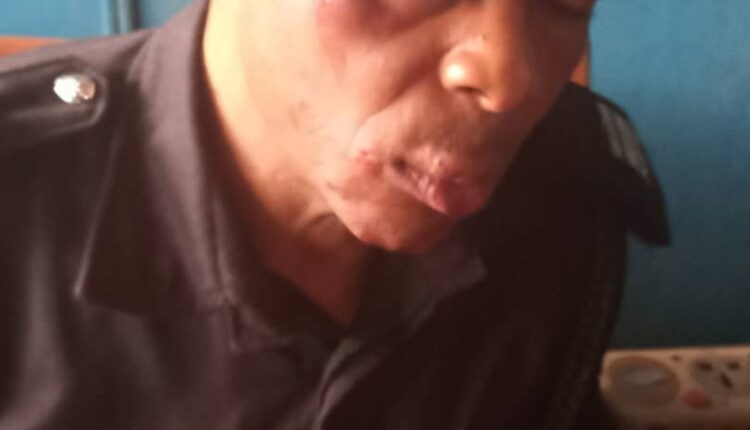 Personnel of Rapid Response Squad (RRS), a formation of Nigerian Police, Lagos Command, were on Monday attacked by dozens of hoodlums that disguised as protesters against police brutality and extra-judicial actions in the state.

As gathered, the thugs attacked two vans conveying over 90 policemen at Herbert Macaulay Way in Yaba axis at about 10 am, and after the attack, no fewer than 19 personnel sustained varying degrees of injuries.

The Guild learnt that the two vans had gone to different locations on Monday to pick up officers, who were deployed by the State Command to ensure the security of lives and property at night, were attacked and inflicted with injuries by the protesters.

Although, the law enforcement officers were armed with guns but refused to make good use of it even after one officer was beaten to stupor by the irate protesters.

Confirming the attack, Police Public Relations Officer (PPRO) Olumuyiwa Adejobi, stated that the policemen, who scampered for safety, were eventually rescued and rushed to the Police Clinic at Panti, Yaba, for medical attention.

Adejobi, in a statement made available to newsmen, added that the protesters descended on officers that were assigned to ensure the protection of lives and property in the state.

“The 97 policemen, who were being conveyed to their various beats on routine relief duties across the state, came across the violent protesters who started shouting “No Police, No Police”, and stoned them. After the attacks, 19 of the policemen were critically injured while 4 police vehicles were damaged”.

Adejobi disclosed that the Commissioner of Police, Hakeem Odumosu, condemned the attack, even as he urged officers and men of the command to remain calm while they continue to manage the situation professionally, as usual in the state.

According to him, Odumosu further appealed to community leaders, parents and guardians, traditional rulers, and religious leaders, to caution the youths against violence, and any act that is capable of aggravating tension in the state as such will be counterproductive.