WHO partners Lady Gaga, Burna Boy, others to hold… 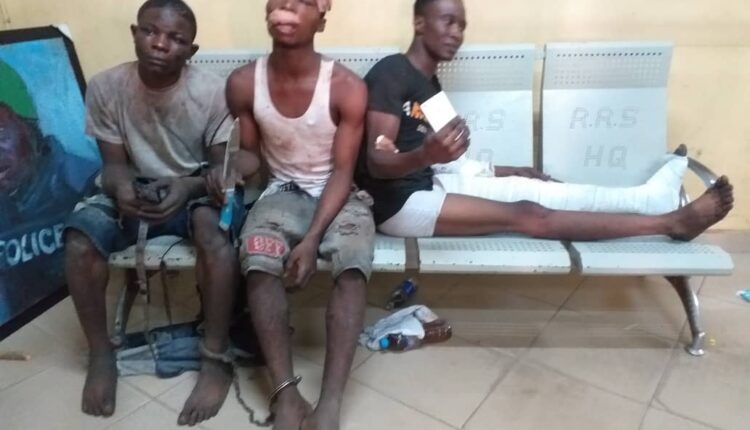 As part of strategies to ensure a hitch-free yuletide across Lagos State, the Nigerian Police has arrested three suspected traffic robbers in the Ikeja axis of Lagos.

Of the three suspected robbers apprehended by operatives of the Rapid Response Squad (RRS), a formation under Lagos Command, two were teenagers and were known for terrorising residents of Ikeja and its environs.

The suspects were Damola Ajewole, m, 17, Omotosho Seyi, m,19, and Olanrewaju Sunday, m, 23, and were apprehended with a weapon and impounded an operational motorcycle from the suspects.

Confirming the arrest, Police Public Relations Officer (PPRO), Muyiwa Adejobi, in a statement made available to The Guild on Friday, said that the suspects were nabbed during an operation.

Adejobi said: “The suspects, on sighting the RRS operatives, took to their heels but were given a hot chase by the police before they were eventually arrested. During preliminary interrogation, the suspects confessed to have been terrorising and responsible for some traffic robberies and other crimes at Isheri, Ojodu, Berger, Motorways, Agidingbi, Ketu, Alapere, and Ogudu.

“The Commissioner of Police, Lagos State, Hakeem Odumosu, has directed that the suspected armed robbers be handed over to the State Crime Investigation Department (SCID), Panti, Yaba, for proper investigation.

“In the same vein, in order to be proactive and fortify security in Ikorodu and its environs following the speculations or threats of robbery attacks on the residents of Ikorodu, the Commissioner of Police, Lagos State, CP Hakeem Odumosu, has ordered the commander RRS, CSP Saheed Egbeyemi and other operational units, including Mobile Police Force, State Intelligence Bureau, CP Monitoring Unit, to relocate to Ikorudu. The operation also involves the Area Commander, Area N, Ijede, and all the Divisional Police Officers and their operatives in Ikorodu”. 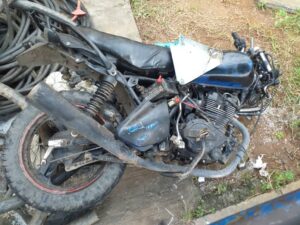 It would be recalled that there were speculations that robbers were planning to lay siege and attack the residents of Ikorodu and its environs. Premised on the speculations, CP Hakeem Odumosu, swung into action and re-strategized towards providing adequate security in Ikorodu and other parts of the state.

While felicitating with Lagosians on Christmas celebration, he appeals to the general public to abide by the laws of the land and observe COVID-19 preventive protocols during and beyond the seasons.