Hyundai teams up with Volkswagen’s Audi to boost… 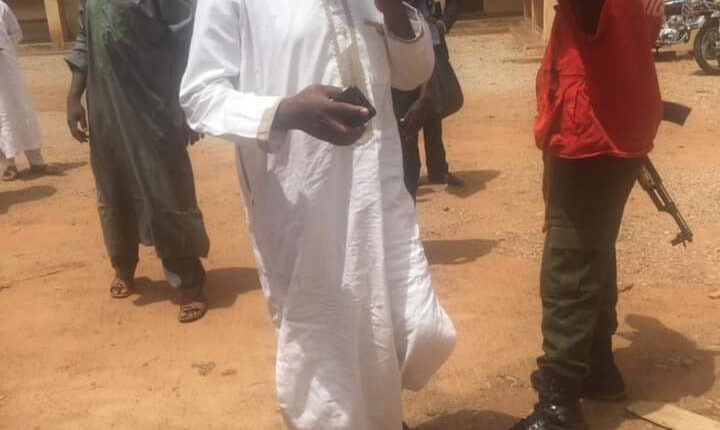 A Sokoto High Court has sentenced three medical workers to two years imprisonment without an option of fine for obtaining over N3 million through false pretence.

The convicts, who were top officials of the Sokoto Medical and Health Workers Union, were Ibrahim Dan-Dede, Suleiman Ibrahim and Habibu Musa.

They were arrested and prosecuted by the Economic and Financial Crimes Commission (EFCC), Sokoto Zonal office on a two-count charge.

At the hearing on Monday, Justice Bello Duwale, after listening to counsels of both parties including the accused pleading not guilty to the charge brought before them, sentenced the three officials to two years imprisonment each.

Earlier, prosecution counsel, Habila Jonathan, read the charges and in the course of the trial tendered several documents and called witnesses to prove the case against the convicts.

Count one reads: “That you Ibrahim Dan-Dede while being the Chairman, Suleiman Ibrahim while being the Secretary and Habibu Musa while being Treasurer of Medical and Health Workers Union of Nigeria, Shagari Local Government Area branch of Sokoto State, sometime in August, 2015 in Sokoto, within the jurisdiction of this honourable court, with intent to defraud, did obtain 20 units of new Daylong G125 Motorcycles, which each cost the sum of N165,000.00 (One Hundred and Sixty-five Thousand Naira), totaling the sum of N3,300,000.00 (Three Million Three Hundred Thousand Naira, Only) from one Babangida Garba (a motorcycle dealer), when you falsely represented yourself to him that the motorcycles were for members of your union as loan, a pretence you knew to be false and thereby committed an offence contrary to Section 1(1)(a) of the Advance Fee Fraud and Other Fraud Related Offences Act, 2006 and punishable under Section 1(3) of the same Act.”