Marriage tied to lower risk of fatal heart attacks and… 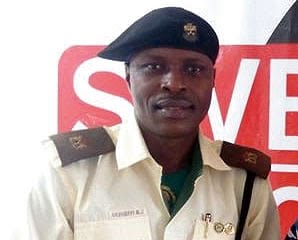 No fewer than three passengers were said to have died and six others escaped death when a two trucks collided with each other on Lagos-Ibadan expressway.

As gathered, the accident occurred around Olowotedo end of the road when a vehicle wrongfully overtake the truck loaded with empty crates, which made the truck driver lost control and rammed into the truck.

As gathered, the three passengers died at about 4 pm before rescue team arrived at the scene yesterday to save victims of the accidents.

Confirming the incident, Ogun Traffic Compliance and Enforcement Corps, Babatunde Akinbiyi, said that the result of the accident had involved nine persons, two of which were injured and three who died on the spot.

According to Akinbiyi, the Sport Utility Vehicle that caused the accident left the scene immediately after the accident occurred.

He disclosed that both the Toyota Sienna with reg number SHS 31 XH and the Truck with AKD 361 XY have been taken to the Redeemed Police station for further investigations.

He further disclosed that the deceased have been deposited at a private morgue in Shagamu while the injured ones were taken to Famobis Hospital in Lotto, Mowe.