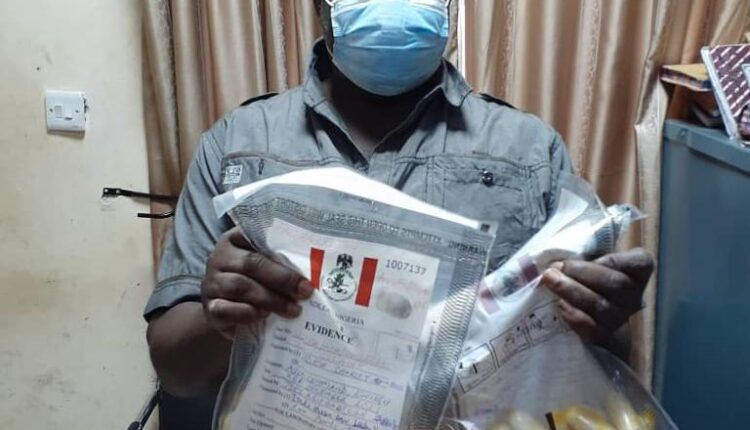 The statement by the agency’s Director of Media & Advocacy, Femi Babafemi disclosed that the raid by the enforcement agency was said to be part of the follow up operations carried out in parts of the state on Friday.

In Kogi, Adam Salaudeen was said to have been arrested at Ogori Magongo area of the state with 214.7kg of Cannabis sativa.

Commending the officers and men of Enugu, Abuja airports command, the Chairman/Chief Executive of NDLEA, Mohamed Marwa charged them and their compatriots across the country to remain vigilant and resolute in the collective mission to rid every part of Nigeria of illicit drugs.