All Directors must brace up, be abreast with… 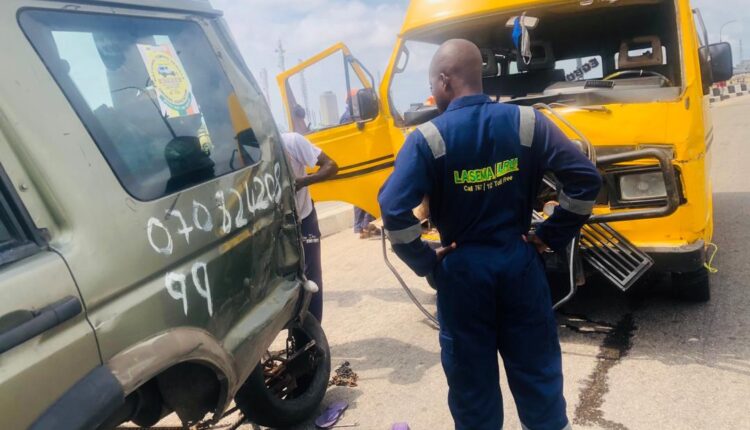 No fewer than three people escape death by a whisker during an accident involving a painted Volkswagen LT bus and a stationary tow-truck inwards Ebute-Ero, Lagos Island axis of Lagos State.

Confirming the incident, the Lagos State Emergency Management Agency (LASEMA), explained that the LT bus driver while on top speed lost control and rammed into the stationary tow-truck from behind.

Through a statement released to newsmen on Monday, LASEMA’s Head, Public Affairs, Nosa Okunbor, said that three rescued passengers sustained varying degrees of injury and were stabilized by the agency’s paramedics before taken to Marina General hospital.

“The cause of the accident was a result of reckless driving, as the LT driver lost control whilst on top speed and rammed into a stationed tow-truck from behind.

“No loss of lives was recorded, but three victims were involved. One Adult male and two adult females who sustained various degrees of injuries and were stabilized by the Agency’s paramedics before being taken to the Marina General hospital with the aid of the Ambulances. The LT bus has also been recovered from the bridge,” the statement read.